Driverless lorry suddenly moves on its own, rams into man and plows through petrol dispenser in Sarawak Petrol Station 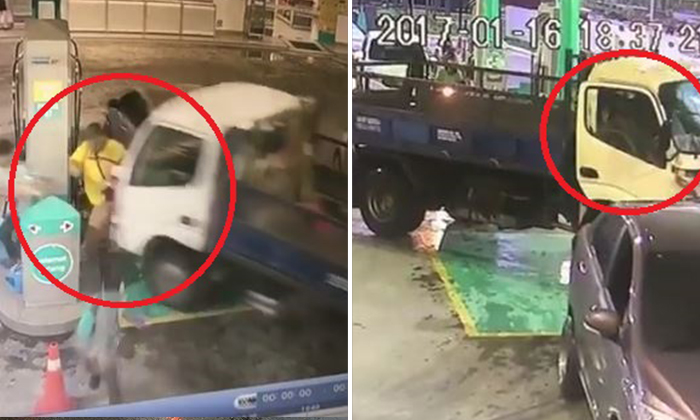 A driverless lorry suddenly started moving on its own, swerving to the left and ramming into a man at a petrol station at Jalan Samarahan, Sarawak in Malaysia on Monday (Jan 16) at about 6.35pm.

The freak accident was captured on a CCTV footage, and the videos were upload into Fazrun FA’s Facebook page, reports World of Buzz.

From the first video, the lorry parked at one of the petrol dispenser had its door open but was stationary.

It suddenly roared to life and swerved to the left, colliding with a man in a yellow shirt who was waiting by his vehicle.

The impact even removed a petrol dispenser that was beside the victim.

Fortunately, the victim appeared to be unharmed, standing up even after getting knocked off his feet.

Many netizens have slammed the driver of the lorry.

“What is wrong with the lorry driver?”