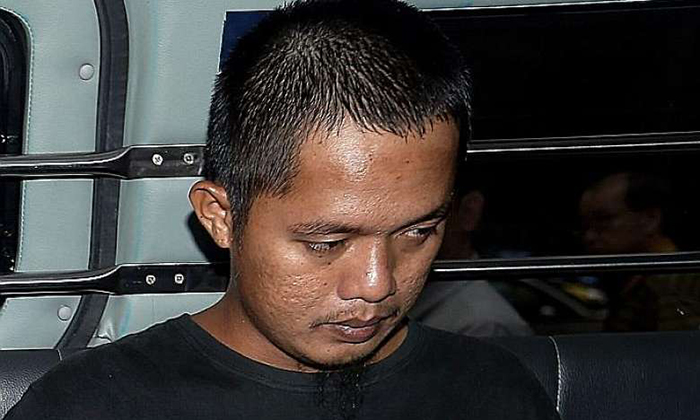 A Sarawakian, who had been on the run for more than six years following his alleged involvement in the 2010 Kallang slashings, was charged in court with murder yesterday.

Abdul Rahman Abdullah, also known as Donny Meluda, now 25, is accused of being part of a gang that went on a violent robbery spree and killed Indian national Shanmuganathan Dillidurai, 41, between 12.12am and 7.34am on May 30, 2010.

The victim died on the spot after sustaining a fractured skull, among other injuries, at an open field in Kallang Road near the Riverine by the Park condominium.

Dressed in a black T-shirt and trousers, Abdul Rahman was expressionless as he stood in the dock. He was remanded at the Central Police Division, with permission to be taken out for investigations. Abdul Rahman, who was unrepresented, will be back in court on Jan 27.

Officers from the Royal Malaysia Police arrested him last Saturday at Sibu Airport in Sarawak after arriving from Kuala Lumpur.

His whereabouts had been made known via a confidential notice by Interpol. He was handed over to the Singapore police four days later.

Abdul Rahman's three alleged accomplices, all fellow Sarawakians, have already been dealt with.

The group had robbed and slashed two Indian nationals and a Singaporean, before setting upon Mr Shanmuganathan. Two of them, Micheal Garing, 27, and Tony Imba, 37, were convicted of murder in 2014 after a 12-day trial.

Tony was sentenced to life in prison with 24 strokes of the cane in 2015 but the prosecution appealed last year, asking for the death penalty. Micheal, who was sent to the gallows in 2015, appealed against the death penalty last year.

The outcome of these appeals is still pending.

The remaining man, Hairee Landak, 23, was sentenced to 33 years' jail and 24 strokes of the cane in 2013 after pleading guilty to three charges of armed robbery with hurt.

If convicted of murder, Abdul Rahman will face the death penalty.