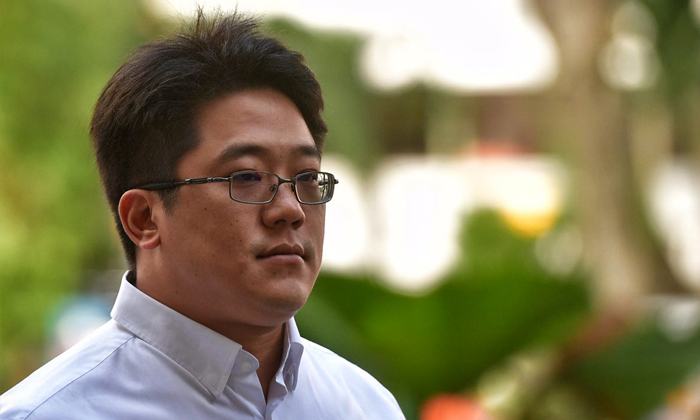 A scion of the family behind retail giant Metro, who is on trial for drug-related charges, admitted in a 2014 statement to the Central Narcotics Bureau that he smoked cannabis every day.

On the first day of his trial on Friday (Feb 3), the court heard that in the statement given on Oct 31 that year, Ong Jenn, now 41, also told Station Inspector (SI) Jeffrey Lim that he last smoked the drug before going to sleep just the day before.

Ong, who is represented by Senior Counsel (SC) Tan Chee Meng from WongPartnership, was first charged on Nov 1, 2014 with trafficking in cannabis, as well as possession and consumption of the drug.

Ong is accused of two counts engaging in a conspiracy with a man known as Mohamad Ismail Abdul Majid to traffick a controlled drug. The remaining six charges have been stood down.

Mohamad Ismail was found to be in possession of a block of 92.68g of vegetable matter later found to be cannabis near a bus stop along Jurong Port Road at around 4.20pm on Oct 30, 2014.

Mohamad Ismail was also allegedly found to be in possession of one block containing 385.1g of fragmented vegetable matter later found to be a cannabis mixture.

On Sept 16, 2015, he was jailed for 22 years and ordered to receive 18 strokes of the cane after pleading guilty to three of the seven drug-related charges against him.

Two of Mohamad Ismail's charges were related to Ong's current ones.

In his statement, Ong referred to Mohamad Ismail as "Mike". He also admitted that the $2,000 found in his possession when he was arrested at Ngee Ann City earlier that day on Oct 31, 2014, was to pay "Mike" for two blocks of "weed" - which is a slang for cannabis.

Ong had told SI Lim, who took the stand on Friday, that he had bought cannabis from Mohamad Ismail more than 15 times and that the drug was for his personal consumption.

In his argument, SC Tan said that unlike what was stated in the two proceeded charges, his client did not obtain the drug for trafficking.

Ong Jenn is the grandson of Metro founder Ong Tjoe Kim and the son of its former group managing director Jopie Ong.

The trial resumes this afternoon.