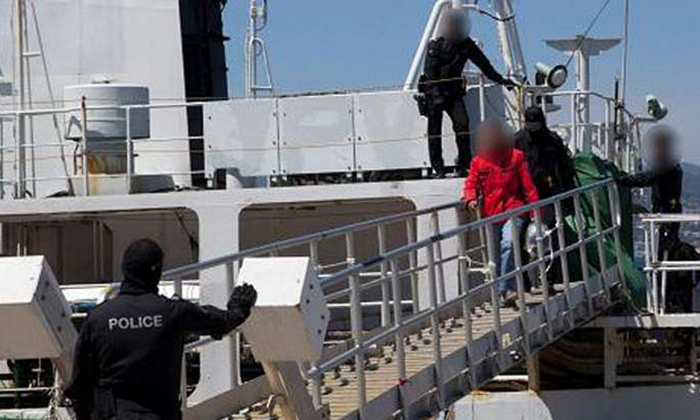 A Singaporean man was charged in an Australian court last month for his alleged involvement in a drug smuggling syndicate that tried to move more than A$60 million (S$64.6 million) worth of cocaine into the country.

Barry Zheng Chongde and nine Chinese nationals were arrested on Dec 12, after the authorities raided a former Japanese whaling vessel in international waters, about 1,300km off the coast of Tasmania, reported Melbourne newspaper The Age.

The 10 men, aged 23 to 50, were charged with one count of attempting to import a commercial quantity of a border-controlled drug.

About 180kg of cocaine were found on board the Kaiyo Maru No. 8 in the operation, which involved multiple enforcement teams, said a press release issued by the Australian Federal Police last Wednesday.

The authorities had been monitoring the syndicate for about a year before the raid.

Australian media said the syndicate allegedly tried to use an increasingly common way of importing drugs, known as the "mothership" method.

It involves a ship loitering off the coast before drugs are unloaded onto a smaller boat that carries the goods to shore.

Police said the syndicate's alleged Australian counterpart made several attempts to meet this way in the first week of December.

While it is unclear why they were unsuccessful, the Tasman Sea and the Bass Strait, between mainland Australia and Tasmania, are known to be rough waters.

Soon after the failed attempts, police raided the Kaiyo Maru No. 8.

The six men were also charged last week with attempting to import a border-controlled drug.

They had allegedly been planning to distribute the cocaine to multiple drug-trafficking syndicates across Australia.

Zheng is listed as the director of a Singapore firm that deals in computer hardware and accessories.

While the company is listed as "live" in its business profile, it was no longer located at the registered address when The Straits Times visited yesterday.

Nobody was home when The Straits Times visited Zheng's Yishun flat yesterday.

Shin Min Daily News reported on Sunday that a male relative at the flat said Zheng was a sailor.