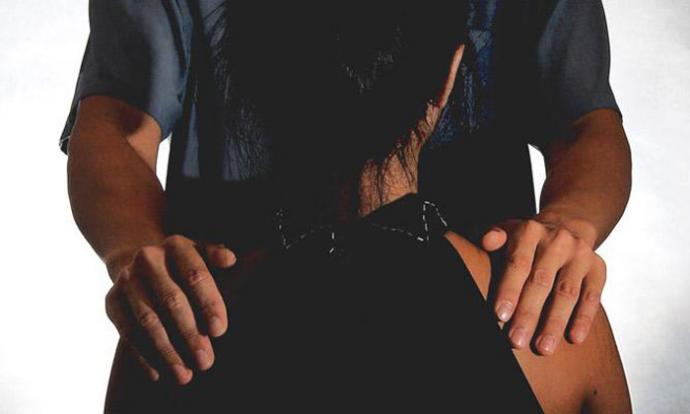 Posing as a cop, a father of four kidnapped an 11-year-old girl and drove her to an abandoned warehouse to sexually abuse her, a district court heard on Wednesday (Jan 11).

Liew Tien Chye, 43, had stopped his Mazda car along Mattar Road shortly before 7am on May 29, 2013 and waved the girl and her younger sister over.

He told them he was a police officer and flashed a shiny white card in a plastic cover before keeping it.

He told the girl to get into his car while the younger one went on her own to school.

Believing that he was a police officer, the victim got into Liew's car.

While driving, he told her that he was investigating underaged smoking.

After driving around the Kallang Pudding area, he finally stopped in front of the abandoned warehouse on Tannery Lane.

He got down to make a check before asking the girl to go into the warehouse first as he wanted to get something from the car.

He told the girl to sit on the floor and wrapped a bandage around her head covering her eyes.

She knelt down instead as the floor was dirty.

He asked her if she could see him and she said she could not.

He took the bottle out after a few seconds.

He asked her to open her mouth again and put his private parts on her lips.

She immediately removed the bandage and saw him turning around and using his hands to pull up and fasten his pants.

Shocked and disgusted, she shouted at him and asked what he had done.

Asked if he was really a policeman, he retorted that he was.

The girl took her school bag from his car and left, crying along the way.

She felt humiliated and disgusted by what he had done to her, said the DPP.

She told her parents about the incident and a police report was made.

The girl identified him at an identification parade on June 14 that year.

On Wednesday, Liew pleaded guilty to impersonating a police officer, kidnapping and attempted sexual penetration of a minor.

He also admitted to another set of five abetment of corruption and cheating offences when he was the sales manager of Mechtech Industrial and Engineering, a supplier of construction and hardware items, between 2011 and 2013.

Liew's lawyer Sunil Sudheesan said in mitigation that his client was fully remorseful for what he did, actions till today were inexplicable.

He said Liew fully accepts his responsibility for his actions, and will not repeat them.

District Judge Shawn Ho, who took 21 other charges into consideration, sentenced Liew to eight years 10 weeks and three strokes of the cane.

Liew will commence his sentence on Feb 8.

The maximum penalty for corruption is a $100,000 fine and five years' jail; and for cheating, 10 years' jail and a fine.