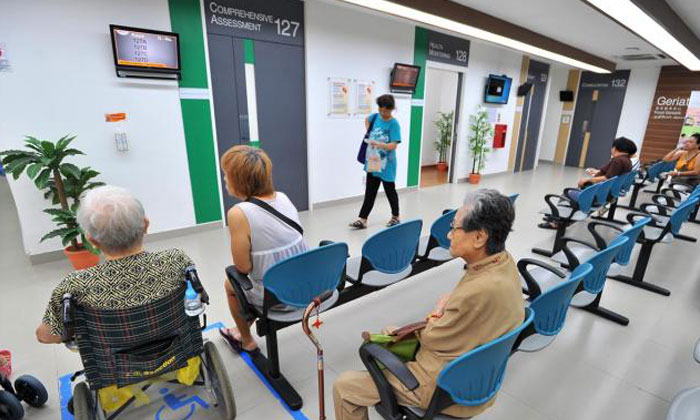 Upset that Mr Moss Salleh, 79, had thrown his belongings, a 91-year-old resident suffering from dementia pushed the fellow resident at the corridor of a nursing home, a coroner's court heard on Thursday (Feb 9).

Nurses at the Lions Home for the Elders at Bishan Street 13 heard a loud sound and found Mr Moss lying motionless and unresponsive at about 9.30am on Aug 18, 2016.

He was taken to a hospital and pronounced dead at 2.55pm.

State Coroner Marvin Bay found the death of Mr Moss to be a tragic misadventure.

Mr Moss had been living at the home since mid-2015 while the other party, whom the court referred to as Mr A, had been residing there since May 2013.

Both had dementia, among other ailments.

He had told a senior consultant psychiatrist and his niece that he was upset that Mr Moss had thrown his postcard out of the window.

According to the psychiatrist, Mr A had no intention of hurting or killing Mr Moss, and lacked the criminal intent to cause harm, given his cognitive deficits and underlying dementia.

The psychiatrist said the patient became severely depressed over his medical problems after his move to the home. He was assessed to be suicidal and was on anti-depressants in June 2013.

His condition stabilised after that but he had occasional spells of health-related anxieties and mild paranoia about his things being stolen.

In his findings, Coroner Bay said Mr A's act appeared to be a sudden impulsive reaction.

"I should add that the existence of the postcard, whether as an actual document, or a figment of Mr A's imagination, cannot be separately verified, as no postcard has ever been recovered by Home staff," he said.

He said Mr A appeared to have been unable to anticipate or appreciate the consequences of his action when he vented his anger at Mr Moss.

"This being the case, Mr Moss' demise from the fall he sustained in the Home, must be regarded as a tragic misadventure," said Coroner Bay.

He said he was heartened to note that the home has taken steps to increase monitoring of its residents to detect stressors for timely intervention.

There is no substitute for conscientious and thorough monitoring of cognitively impaired residents in homes, added Coroner Bay.

He said it can be difficult to anticipate if such residents will put themselves or others in positions of jeopardy if they are left unsupervised given their medical and mental frailties.

The Straits Times understands that the Attorney-General's Chambers agrees with the coroner's findings that there is no foul play involved, and no further action may be taken.