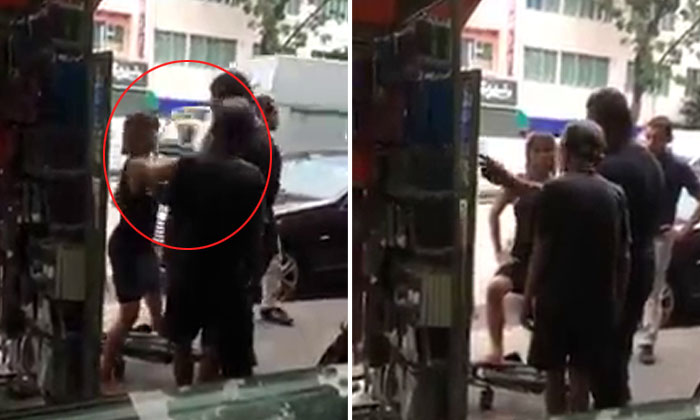 A video of a woman berating and slapping an old male cyclist that was uploaded on social media.

Although it's unclear when or where the incident happened, a Stomper pointed out the location as Geylang after watching the video.

And if you watch the video closely, you'll notice two SBS buses driving past towards the end.

According to the video caption, the old man was pushed down and slapped by the young woman, after he rang his bell at her twice.

The lady was seen yelling at this man, pointing right at his face, and even placed her leg on the cycle at one point.

Most of the audio is rather muffled but she did mention that she just got released from prison and warned the old man not to mess with her.

Frustrated, she even raised her hand so slap the old man and started shouting:

Many netizens felt that what this woman did was disrespectful and voiced their opinions in the comments.

"Look at the way she talked and behaved. Absolutely disgusting. To lay hands like that on another person is revolting," said a commenter.

"You are a disgrace to all women. Behaving so uncivilised with such an unscrupulous behaviour," said another.

"Hitting anybody be it young or old is already wrong! It doesn't matter what the reason is! Hope the authorities will go after you!"

What do you think about her unruly behaviour? Watch the video and let us know!