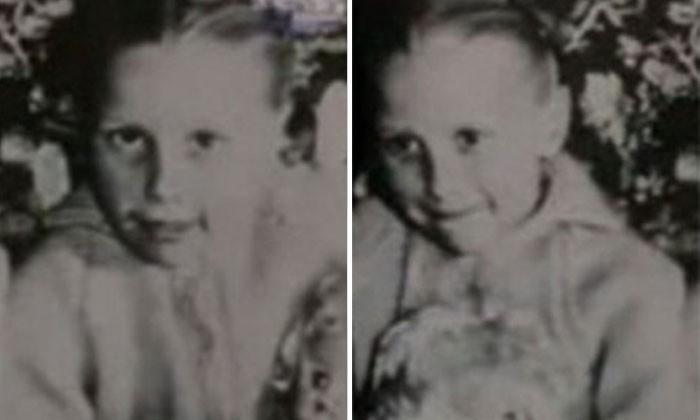 A set of twins in England has dead twins sisters memories, birthmark and scar.

According to The Coverage, Jacqueline and Joanna Pollock, daughters of John and Florence, were hit by a car and died on May 5, 1957.

John and Florence were devastated and was hoping to get another child, which they were blessed with.

Exactly a year later, they were informed that they were with child.

However, John insisted that Florence was not carrying one, but two babies and that his two daughters who died will be reborn.

On Oct 4, 1958, Florence did give birth to twins and both were female.

They were named Gillian and Jennifer.

John noticed that Jennifer had a strange while line across her forehead, just like dead sister Jacqueline's scar from a bike accident.

A birthmark was also spotted and it was identical to Jacqueline's birthmark.

The family moved from Haxem to Whitley Bay when Jennifer and Gillian were three months old.

When the twins were two, they started asking for toys they had never seen before and the toys were once owned by Jacqueline and Joanna.

The family then went back to Hexam to get the toys.

As they drove through Hexam, the twins suddenly pointed out places where their dead sisters went before such as the playground and the school that the deceased twins attended.

Jennifer and Gillian claimed that it was 'their school' and they attended it even though they were just four years old.

Things got even more suspicious as they name every single teddy bear and doll that belonged to the departed twins correctly as the toys were brought out.

Soon, Florence noticed the girls playing a game which required Jennifer to lay on the floor, with her head on her sister, Gillian.

Gillian would then speak calmly to Jennifer and tell her that blood was coming out of her eyes, as that was where the car had struck her.

However, they were not told about the accident that happened.

A month or two later, the girls were screaming as they walked past a parked car that had it's engine ticking over.

However, as they reach the age of five, all of the things that the deceased sisters went through seemed to have vanished from their memory.

They cannot remember anything and the family has lived a normal life ever since.

Related Stories
Now 7th month, please don't scare people like that
S'pore guy has got the 'third eye' and sees the things you will never want to
Stomper gets the scare of his life after seeing this outside the Singapore Boys' Home
twins
dead
reincarnate
spooky
scary