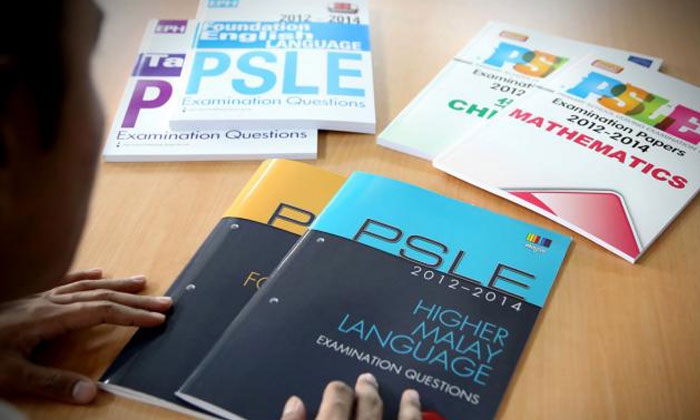 Never mind that primary schools have just reported their best PSLE results yet.

The post has been shared more than 3,000 times and received close to 3,000 likes since it was up on Thursday night. It has also sparked a movement.

About 1,000 people have since posted their scores. They all have the same message - that life is not defined by the PSLE results.

Prof Khairudin, who is with NUS' Malay Studies Department, wrote that he had an average PSLE score of 221 but was now an associate professor at a university. He urged others to share their PSLE scores and what they are doing now.

This happened just after the release of the PSLE results last Thursday, which saw Singapore produce its best performance in history.

Of the 38,808 pupils who took the examination this year, about 98.4 per cent will be able to go on to a secondary school.

Prof Khairudin's post generated responses from people like third-year NUS student Yong Shan Xian, who had a PSLE score of 216 when he was a pupil at Fuchun Primary School.

Mr Yong said he was also moved to reveal his score after reading about KiasuParents.com co-founder Soon Lee Yong, who had expressed disappointment with her son's T-score of 229.

"I thought it was quite an early age to determine the success of the kid," said Mr Yong, 24.

He said that although he was a "borderline" student who just managed to squeeze into the Express stream at Woodlands Ring Secondary School, he never allowed the PSLE score to define him.

After studying IT at Ngee Ann Polytechnic, he went on to read computer science at NUS, where he made headlines for College Laundry, an app that he had created with two other students.

The app alerts subscribers to the availability of communal washing and dryer machines in campus halls, saving students time from having to physically check.

"There were other things that helped me to develop my interests," said Mr Yong, who liked working with computers and was involved in robotics at school.

Others heeded Prof Khairudin's call by displaying their PSLE score on their own Facebook page.

The former Peixin Primary School pupil said: "Back then, I was sad and I think I cried, because my friends did much better than me, and it was made even worse by the parents comparing our grades."

Now he is the founder and swimming director of The Water Family Enrichment Centre, which provides swimming lessons and tuition for primary and secondary school students. The company even has a presence in Malaysia and Thailand.

Why tuition with swimming lessons?

"I realised Primary 5 and 6 (pupils) were dropping out of swimming classes as their parents wanted them to focus on the PSLE, which is sad because at that age they have a lot of potential yet to be unleashed."

He would rather students develop a passion and work hard to excel in it. "In life, no one will ask you how much you scored for PSLE, or even O and A levels."

Former St Stephen's School pupil Mahadhir Kaisan, 24, scored 144 for his PSLE. That set him on a journey which took him to Temasek Secondary School, the Institute of Technical Education and O levels as a private student before he ventured out into the working world. Now he is a Lasalle College of the Arts student because he zoomed in on his passion - music.

The Diploma in Music student, who has performed at venues such as Timbre+ and Esplanade, said: "You've got an expectation of someone based on his age, when actually you can learn things based on experience, and not just through academics."

In a society where parents are constantly comparing their children's academic performance, Mr Kenny Leck, 38, said he was one of the lucky ones. The founder of BooksActually and Math Paper Press said academic results were not a big thing with his family.

"My parents were liberal folks who were supportive, as long as you did your best and didn't screw up by not studying."

The alumnus of the now-defunct Heng A Khe Bong Primary School had scored 180 back in 1990.

Like Mr Mahadhir and Mr Toh, he focused on his passion. At 27, Mr Leck started BooksActually because he grew up surrounded by books, and always wanted to run a business.

"A portion of your life does not determine the rest of it. What defines you is not just your PSLE score but the sum of your life's experiences."

Prof Khairudin said he was surprised by the "overwhelming" response that his post generated.

"They have been very candid and encouraging... I feel so thankful that one fateful post has brought so many hearts together," said the former Geylang Methodist School (Secondary) student.

He said he remembers his time in primary school as a "memorable experience of fun and play".

But he feels that fun has been taken away from children in grades-obsessed Singapore.

"I feel for these students... The fear of failure has led some to end their lives in the most tragic of ways," Prof Khairudin told The Sunday Times.

Last month, a coroner's inquiry concluded that an 11-year-old had taken his own life after failing his exams for the first time.

Prof Khairudin said he hopes his post will teach others to "never live other people's lives" and "never compare yourself with other people".

Related Stories
Teachers' support helped her go from F to A*
Greenwood Primary School student does not use kidney condition as excuse to not do things
PSLE results out: Record 98.4% can make it to secondary school
PSLE
youths
youth
examinations
study
jobs
students