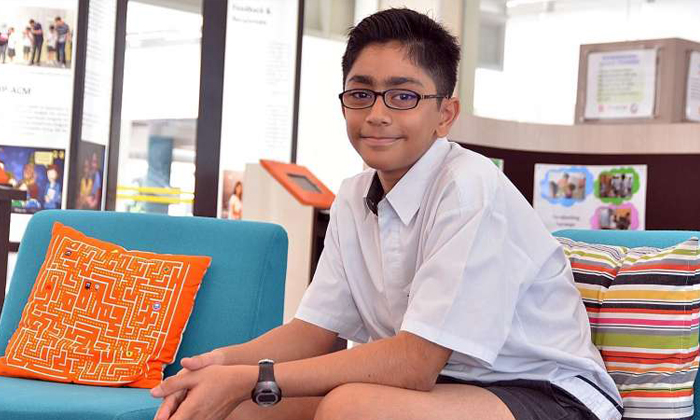 Abbas Esoof Saleh has a kidney condition which causes him to feel weak after strenuous activities and makes him prone to falling ill.

"If I overexert myself, I would feel dizzy or tired," he said. "But the condition does not give me an excuse not to do certain things."

The Greenwood Primary School pupil, who goes for check-ups about three times yearly, scored 179 at the Primary School Leaving Examination (PSLE), making him eligible to enter the Normal (Academic) stream in secondary school.

He never used his condition, which left his right kidney functioning at just 12 per cent of a normal one, as an excuse to shy away from his responsibilities in school.

Abbas, who has three siblings aged between 11 and 19, took on the role of a class monitor in Primary 4 and 6.

Often, the 12-year-old would go out of his way to help his classmates when they needed help with their schoolwork. He also made it a point to ensure the classroom was kept clean and would remind his friends to do the same.

"As a class monitor, I am supposed to set a good example," he said. "I would give my best in everything."

When he first entered primary school, his parents were concerned about his well-being. But that changed over the years when they knew that his teachers were looking out for him.

"My parents felt relieved and allowed me to do sports and play with my friends," he said.

His form teacher, Madam Shameni, said Abbas took part in school activities just like his schoolmates. But the teachers monitored him closely when he did strenuous ones.

"He does not use his condition to say that he can't do something. Instead, he strives to become better," she added. "Despite his condition, he goes beyond thinking about himself but also others."

Related Stories
PSLE results out: Record 98.4% can make it to secondary school
Choosing a secondary school after PSLE: Involve your kid in selection process
PSLE: Girl did her best for 'best friend' who died
students
youths
school
PSLE