Teacher has perfect response after getting shamed for being 'too sexy' 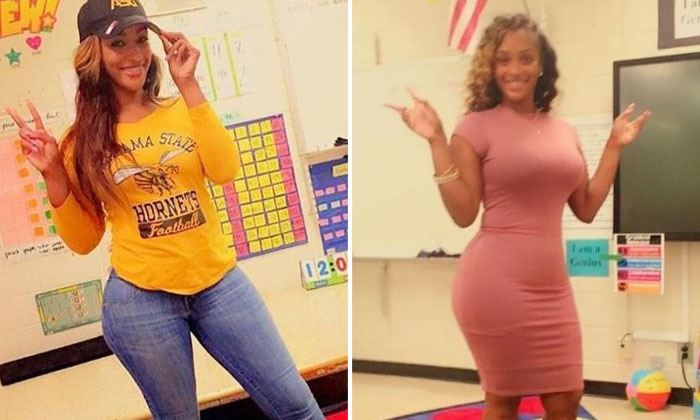 Patrice Brown in Atlanta, Georgia is a fourth grade teacher who has proudly shared photos of herself on her Instagram account.

In the images, Brown is wearing dresses past the knees, with high neck collars, and sweaters.

According to Lifebuzz, however,  the teacher has still drawn criticism from people who deemed her outfits to be inappropriate to teach -- saying they were too 'sexy' and form-fitting.

Brown set her account to private and spoke out about the controversy her outfits have caused.

"I just wish they would respect me and focus on the positive and what truly matters – which is educating the children of the future generations and providing and caring for them," she told The Daily Dot.

Many people have come to her defense online.

The argument is not that Brown is wearing inappropriate clothes but rather she is too curvaceous.

Therefore, it's not the apparel the problem but her body.

"[Brown] was given guidance regarding the APS Employee Dress Code, the use of social media, and Georgia Code of Ethics for educators, and she has been cooperative in addressing her presence on social media."

Seriously though, why would she not be able to teach ten-year-old boys in her outfits?

Related Stories
The reason why 400 students turned up on their teacher's lawn will make you cry
Teacher asked her schoolkids what they wished she knew and they gave heartbreaking answers
More About:
teacher
youths
sexy