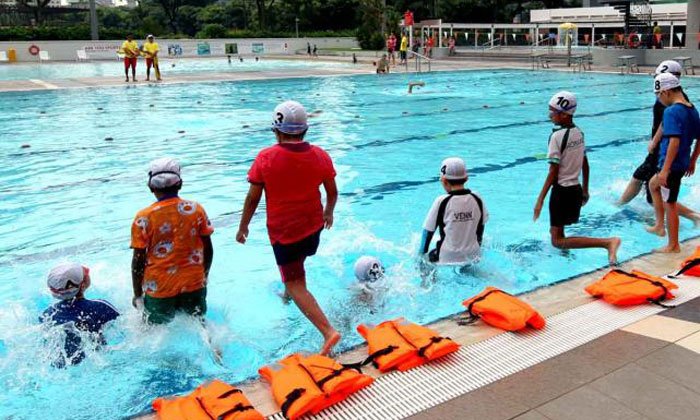 They watched Joseph Schooling swim. Now, they want to take the plunge too.

Swim schools are seeing a spike in inquiries from potential students since his win.

And lessons in his signature stroke - the butterfly - are turning out to be the hottest commodity.

She called up a couple of swim schools on Monday when he expressed interest in the sport after watching Schooling's Olympics race.

She said: "Since he is interested, we thought of letting him pick up the sport.

"There's a long road ahead and I hope he goes all the way if he wants to reach the top."

Swimming has always been a popular weekend activity among children here.

But interest looks set to peak after Schooling's feat.

Most of the 10 schools contacted reported a surge in inquiries. This ranges from 20 per cent to 200 per cent. They declined to give existing student numbers, saying these are commercially sensitive data.

Tan Jian Yong, 27, director of Happy Fish Swim School, one of the bigger swim schools here, said inquiries have doubled since Saturday. Many parents were keen on lessons for babies and toddlers.

A few even requested for their child to learn the butterfly stroke, despite them not knowing how to swim.

"Many parents are realising they need to start their children young if they want to groom champions," said Mr Tan, who expects a rise in enrolment in the months ahead.

"This is a good sign - Singaporeans want to invest their time in sports."

However, coaches said sporting talents do not sprout overnight and require many years of training.

Said Little Fins Swim School founder Lynn Adele Chng, 26: "Singaporeans are kiasu and always looking to be a part of something as great as this, even without knowing the hard work and time that goes with it.

"Talents like (Schooling)... have dedicated years of training to reach their goals. That's the same amount of commitment their coaches and parents need to exhibit."

"This historic milestone can only be an encouragement for our aquatic community, motivating us to be a world-class aquatics nation."

Fans can catch a glimpse of Schooling when he rounds up his homecoming with an open-top bus parade today.

The swimmer's parade will stop at Marine Terrace Market at 10am, Singtel Comcentre Plaza from 11.30am to 12.15pm and Raffles City Shopping Centre from 12.45pm till 2pm.