Parents play a part in the education system too 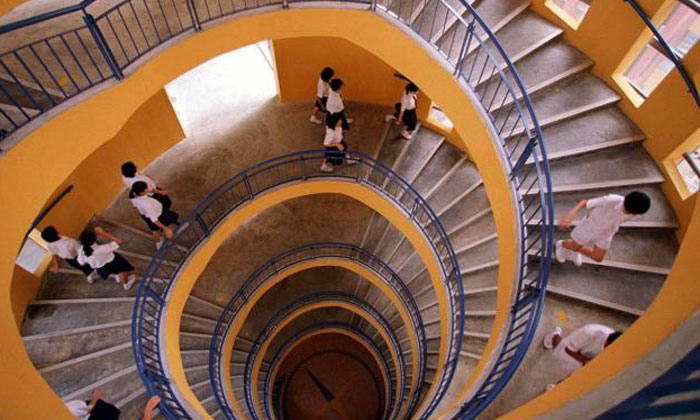 It had been a long wait but in July this year, the Ministry of Education (MOE) announced significant changes to the Primary School Leaving Examination (PSLE) scoring system.

Under the new PSLE system, pupils will no longer be graded on how they perform relative to their peers.

The new system, which will come into effect in 2021, is aimed at encouraging pupils to focus on their own learning, instead of the competition.

The current T-score system will be replaced by eight scoring bands called Achievement Levels (AL) and the PSLE score for the Secondary 1 posting will be the sum of ALs of four subjects.

The hope is that with the new system, parents will stop pushing their children to chase that last mark and instead of sending them for tuition, encourage them to pursue sports or the arts, nurturing creativity and people skills that will arm them with the skills needed to thrive in a volatile, uncertain future.

But even as it announced the PSLE revamp, MOE said it was reviewing another key policy, the Direct School Admission scheme, which was also aimed at encouraging pupils to go beyond book smarts.

The changes are expected to be announced next year and the new scheme implemented over the next few years.

The DSA was introduced in 2004 to let secondary schools broaden their admission criteria beyond PSLE scores.

For example, schools can admit students strong in sports or the arts, even before the PSLE results are out.

MOE said through the review, it intends to expand the DSA opportunities in more schools for students with specific strengths, and also "sharpen the focus of the DSA" to better recognise talents and achievements in specific domains rather than general academic ability reflected by the PSLE.

Over the years, the scheme has been criticised for being a channel to secure places in the most sought-after Integrated Programme schools whose students bypass the O levels.

There have also been complaints about top schools using it to reserve the best academic talent, including pupils from the Gifted Education Programme.

So clearly, the DSA scheme has become another way for academically bright pupils to secure places in the premier schools early, ahead of the PSLE.

This contradicts the core objective of the DSA scheme, which is meant to give those with other talents a chance to shine.

The change to the DSA scheme hopefully goes far enough, as like the PSLE, the scheme is seen to be key to shift Singaporeans' focus away from the academics.

But the PSLE and DSA revamp are just two parts of a larger shift away from academics towards broadening opportunities for children to discover their interests and talents.

Over the last few years, several changes have been made at every level - from primary schools to tertiary institutions.

Results for national exams, such as the PSLE, have been released without the top scorers being highlighted any more.

While schools do still recognise their best performers - as a group - they also celebrate the achievements of those who show improvement and overcome challenges such as a disability or illness.

More schools have developed programmes to nurture interests in areas such as drama and dance.

Under a physical education syllabus introduced in 2014, 10 per cent to 20 per cent of curriculum time in primary and secondary schools is set aside for it.

As part of a new National Outdoor Adventure Education Masterplan, from 2020, all students will also take part in three cohort camps.

This shift is also happening in higher education.

The polytechnics and universities are expanding their aptitude-based admissions, allowing students who do not make the grade but show passion and interest to get into the course of their choice.

This ties in with the broader SkillsFuture initiative, which advocates mastery of skills over just collecting qualifications.

But even if MOE shows the political will to slaughter more sacred cows in education, the shift to a more holistic education will not happen unless parents play their part.

I am reminded of the MOE's announcement a few years ago to replace exams for children in lower primary with bite-sized forms of assessment.

Some parents went into panic mode, fearing their children would not study as hard, and began buying up the soon-to-be-defunct exam papers of top primary schools.

Singapore's No 1 position in international benchmarking tests will be meaningless if we continue on this path.

As the previous Education Minister Heng Swee Keat had warned, this narrow focus on grades and examinations could lead the country into "a spiralling paper chase" and we would churn out students who excel in exams, but are ill-equipped to take on jobs of the future.

Hopefully this one-step-forward, two-steps-back dance will not continue in the new year.

The bold transformation of the education system will need the collective will and action of employers, teachers, parents and students.

Parents, instead of being focused on grades, will need to recognise their children's unique strengths and build on them; employers will need to look beyond degrees and hire based on skills; and teachers should emphasise all-round development of their students.

And MOE must continue to adjust and even do away with policies that stand in the way.