Want extra points on your school entrance exams in China? Just get your parents to invest $5 million 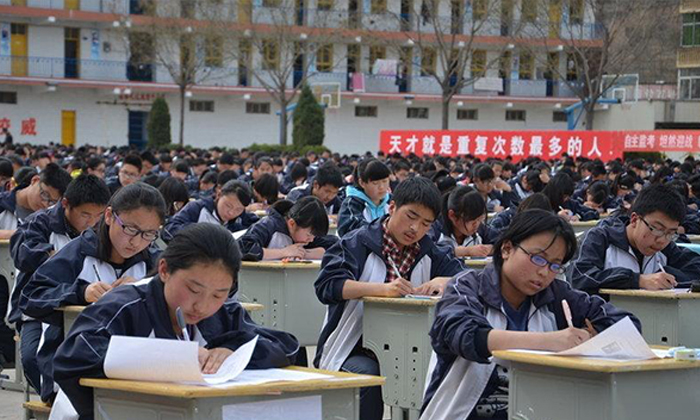 The current preferential policy for the zhongkao (China's high school entrance examination) awards students with extra bonus for a variety of reasons, ranging from being an only child to having parents who hold 5 million RMB's worth of investment.

Each province and special municipality follows a different set of rules for handing out these valuable bonus points.

The reasons that different locales give out these boosts include leveling the playing field for the disadvantaged and providing incentive for students' development. In one province, the policy also rewards students for their parents' "contributions" -- less to their child's education and more to the province itself -- which has caused considerable controversy, People's Daily reported via Shanghaiist.

One parent named Zhu Liang is quoted as complaining that in the school that his son attends, an extra three points in a mock exam for mathematics was enough to bump a student up by over 200 spots. Imagine the difference of an extra 20 points on the municipal or provincial scale.

Zhu also complained that while the total amount of points possible on the high school entrance exam in Kunming has fallen from 880 to 600, the preferential points have remained steady -- giving athletes and Good Samaritans an even bigger advantage in his city.

Read the full story on Shanghaiist.