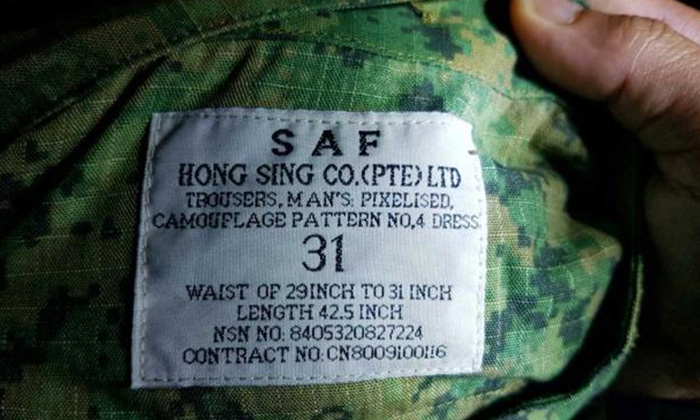 Two youths aged 15 and 19 are being investigated for selling police insignia items online, police said in a press release yesterday.

On Nov 7, the police received two separate reports that police insignia items were being sold on various online platforms.

Officers from Tanglin Division conducted follow-up investigations and established the identities of the two youths who were involved in the sale of the items.

They had sold stuff such as police medals and police service ribbons, and did not possess a licence for the sale of such items.

The police advised members of the public that the sale of police insignia items without a licence is an offence under the Police Force Act. Offenders can be fined up to $10,000 and/or jailed for up to three years.

Last week, a truckload of used Singapore Armed Forces (SAF) camouflage uniforms were seized by the Indonesian Navy near Batam.

The unauthorised sale of SAF uniforms or equipment is also an offence under military law in Singapore.

Those guilty of misappropriation or theft of SAF property can be jailed for up to three years.

Related Stories
Still no excuse for violence: Attacker in viral video of boy being beaten up says, 'He insulted me and my family'
Unhappy youths at Singapore Boys' Home shout vulgarities and throw items out of window
Youths behaving badly
investigation
police