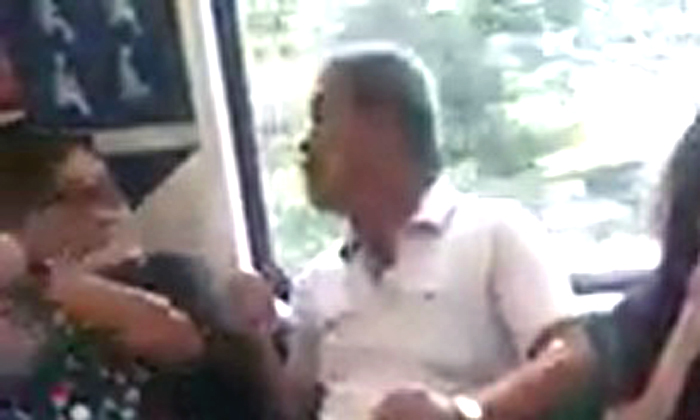 An uncle and auntie's vulgar shouting match on a train has netizens in Singapore amused, and quite rightly so.

A clip of the incident was shared on All Singapore Stuff and credited to Cloris.

It was uploaded on yesterday (May 16), but it is unclear when the incident actually happened.

In the video, the auntie yells at the uncle, "my mouth or your mouth?"

The uncle is then heard telling the auntie, "Don't say f***ing."

At this point, the uncle appears to take a swing at the woman, and mutters one or two Hokkien vulgarities.

A netizen who responded to the post, Facebook user Ruth Ang, said that she saw the incident and stepped in to intervene.

According to Ruth, the auntie was sleepy when the uncle 'kiao kah' and kicked her, prompting her to wake up and ask why he had done so.

However, Ruth said, the uncle denied this so the auntie started arguing with him as he was unapologetic.

When another netizen asked Ruth if she intervened, she responded that she stepped up to tell the uncle what had happened.

"I did tell the uncle that the auntie was sleeping when you 'kiao kah' and accidentally kicked her, waking her up.

"Of course she will get angry and confront you. And you even said no instead of saying sorry.

"I asked him if he was sleeping then one person 'kiao kah' and accidentally hit you and you wake up.

"If you confront that person but they say no and never say sorry instead, you will also feel angry, same as this logic.

"So the uncle kept quiet."

The video was met with humorous comments from netizens, who said the two could be Singapore's versions of Samuel L Jackson for muttering so much vulgarities in a short amount of time.