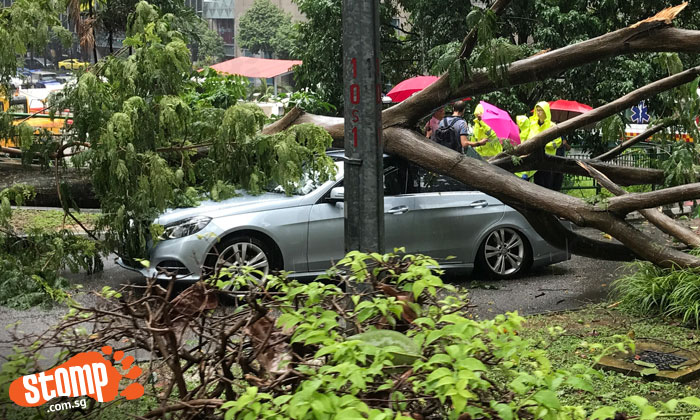 Stomper Suhairi was at Cairhill Road at 12.30pm today (May 12) when he saw that a tree had fallen on top of a Mercedes-Benz travelling on the road.

The tree was directly on top of the car and lay across the road blocking traffic from both sides.

"I had to U-turn back to Orchard Road.

"I hope the driver is fine."

Stomper Noor's boyfriend was also affected by the jam caused by the fallen tree and was stuck in traffic for a while while the debris was being cleared.

"We were alerted at around 12.25pm and dispatched one red rhino and one ambulance to the scene.

"Upon arrival, SCDF assistance was not required.