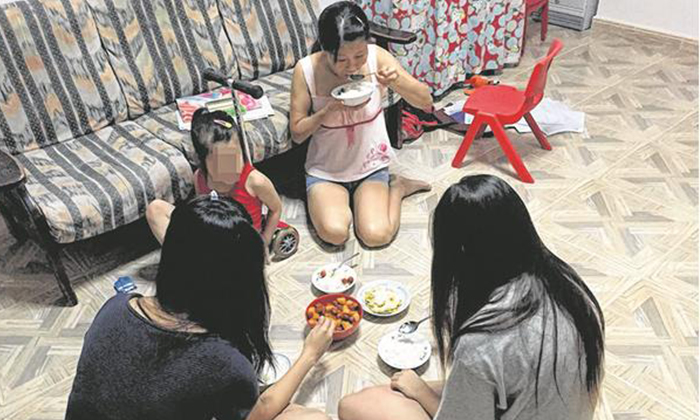 After her husband died in 2010 from exhaustion from overworking, a frail wife was left to fend for herself and raise four daughters on her own.

Her deceased husband had been working 33 days of 17-hour shifts and suffered a stroke after that led to his demise, reported Lianhe Wanbao.

However, the family now faces another crisis after loan sharks claimed that the eldest daughter had allegedly borrowed a hefty sum from them.

The loan sharks have taken to harassing the remaining family members at their HDB unit.

The family also told reporters that they owed thousands in utility bills and that the pressure was enormous, especially during festive seasons.

She said: "My body is frail and sickly, so I haven’t gotten a job ever since my husband passed away.

"We’ve been depending on government subsides and benefits to get by. In the past, we received about S$600 monthly, but now it has increased to about S$1,100."

"Every time the loan sharks call, I’ll ask my eldest daughter if she borrowed the money but she’ll deny it.

"However, when I receive letters from the loan sharks, I suffer anxiety attacks. Once, they even threatened to burn the flat down."