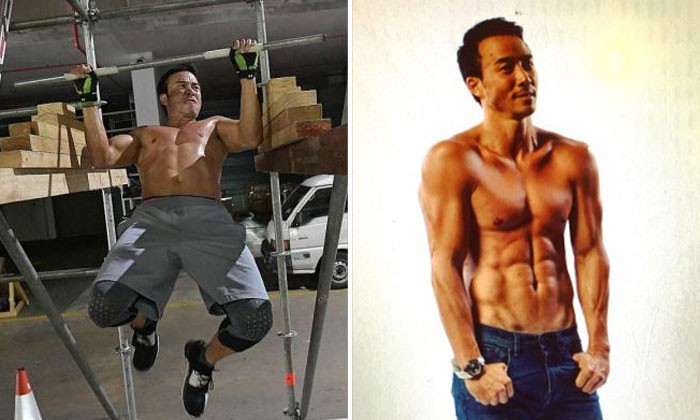 You don't need to be super-fit to be the host of The Amazing Race Asia. But this American Chinese is.

Wu, who also hosts The Amazing Race China Celebrity Edition, has always been big on fitness. He was in the rowing team at the University of California, Berkeley, and also played American football, rugby, basketball and volleyball then. Now, he mainly runs, swims and works out in the gym.

He has a daughter Sage, 12, and son Jonas, 11, with his ex-wife, former actress Wong Li-Lin, 43. He says he is on the lookout for a special someone.

His parents are retired and he has a younger brother who is a captain at the Los Angeles Fire Department in the United States.

He is currently training for the Men's Health Urbanathlon 2017, an urban obstacle race.

The Straits Times caught up with the hunky actor and he shared tips about how he keeps fit as well as snippets of his personal life.

Have a look at them in the gallery above.