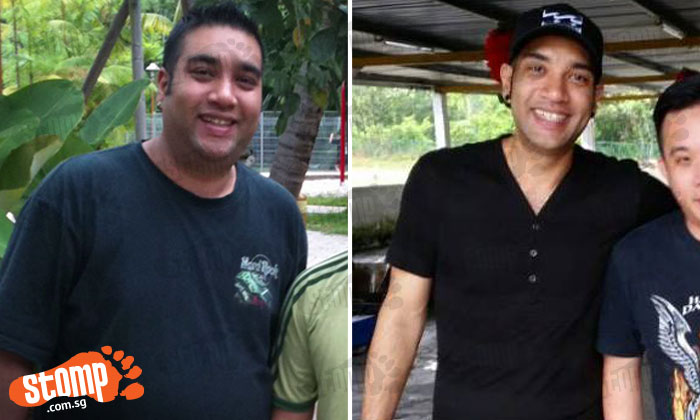 Imagine consuming five to six upsized fast food meals a day, tipping the scales at over a 120kg, suffering from serious health issues such as high cholesterol, diabetes and high blood pressure -- and being told at the age of 21 that you’re in danger of getting a heart attack.

This was the life of Mr Shaun Lawrence, now 36, for the past 30 years.

Meet him today and you probably will not be able to tell that he was previously obese and battled such serious health issues. That is because he went through a gastric bypass surgery in late 2011 -- a form of weight-loss or bariatric surgery effective in reversing diabetes and other associated metabolic disorders. The surgery changes how your stomach and small intestine handle the food you eat.

It divides the stomach into a small upper pouch and a much larger lower 'remnant' pouch. The small intestine is then rearranged to connect both.

“In the past, I could only do simple things like walking from my home to the MRT station or crossing over to the coffeeshop. Other than that, I was never able to take part in fun activities I wanted to like football and swimming.

“In fact, I was too ashamed to go swimming because that would mean taking off my clothes in public. I just couldn’t do it.”

On top of that, taking the public transport was a challenge too. Being a big person, Shawn always felt he was occupying too much space, and noticed that people rarely stood next to him.

“Each time this happened, I would think about how it would be nice to lose weight and fit into society, so that I could finally board public transport without worrying about people looking at me differently.”

Today, Shaun makes it a point to keep himself active by running 5km three times a week as well as swim occasionally.

However it did take a lot for Shaun to even arrive at the decision of undergoing the surgery in the first place -- especially when he loved eating so much.

“I could have gone through the bypass a long time ago, but I refused because I could not say ‘no’ to food,” he says.

During an interview with the Stomp Team, Shaun recalls his poor diet habits prior to the surgery.

“I would get hungry every two to three hours, and despite consuming a full upsized meal from McDonald's, I would still feel hungry within an hour or so.

“That was when I started snacking, drinking loads of sweet drinks to curb the craving -- but of course I was never really hungry, I simply needed something to munch on all the time.

“And of course I did not bother about what I consumed, anything unhealthy was my favourite.”

While refusing to give up food might sound like a lousy reason, it is the reason stopping thousands of patients out there from undergoing the surgery.

According to Shaun, what the surgery does is that it controls the food intake of the person. He says: “They operate it such that only a small portion of your stomach will be in use -- mine shrank to the size of a palm!”

This would mean eating much lesser than before, which was exactly what Shaun had feared.

It was not until his doctor informed him of his bad diabetic situation during the last medical checkup before the surgery that he decided to proceed with it.“My doctor told me that there was no other way out. It was either I got hooked on to insulin jabs two to three times a day for the rest of my life, or go for the operation, and so I chose the op."

However, Shaun emphasises that going through the operation does not necessarily mean his problems would magically disappear. It would only help reduce them.

He says: “This surgery aids in bringing the high cholesterol, diabetes and blood pressure levels into remission. And as these problems are linked to a person’s weight, the surgery therefore helps to reduce that too.

“So after the operation, as long as I watch my weight, watch my food intake -- the chances of diabetes coming back would be very low.”

Though Shaun still does enjoy his fast food meals every once in awhile, he is not able to down upsized meals like before.

“I have to make a choice. It’s either the fries and the drink, or just the burger. I’m not able eat all at once.”

Shaun highly recommends the surgery to those who suffer from similar medical conditions due to poor eating habits.

“I think going for this operation will actually really really change their lives, it did change my life greatly.

“They’ll look at food at from a different perspective like how I look at food now. Now I eat to survive, I don’t eat for the sake of eating anymore.

“It’s definitely a good way to solve your problems if you are worried about your health, or are at risk of getting diabetes — I think this will help a lot."

With all that being said, is the gastric-bypass surgery really a shortcut to your weight and medical problems? Watch the four-part series below as Shaun shares his experience with the surgery, the mistakes he made, as well as some tips for those considering undergoing the surgery.

Related Stories
One man's shocking transformation after losing over 70kg -- it's not what you would imagine
Girl bullied for being scrawny starts doing push-ups and her transformation 100 days later will blow your mind
Teacher goes through weight loss transformation that's so incredible, people think it is fake
transformation
weight loss
gastric bypass
surgery
inspiring
diet
get inspired
Realife