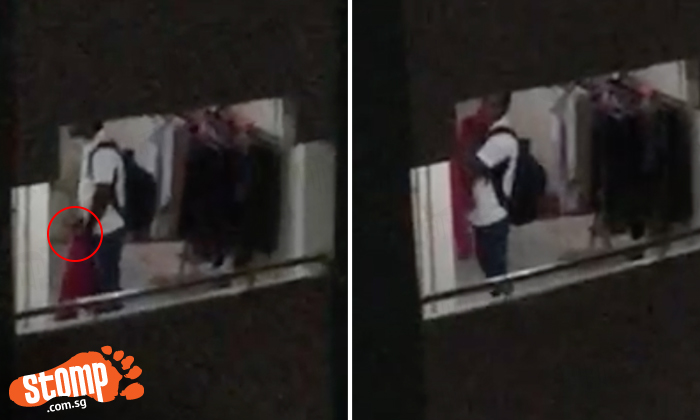 The incident reportedly happened at Block 668, Chandra Road in Little India and a video of the man was captured and sent to Stomp.

Kelvin also said that their block consisted of commercial units on the first and second storeys that were rented out as shop spaces and residential units from the fourth storey onwards.

Kelvin’s neighbour said that this sort of behaviour was becoming rampant these days, and although they have tried appealing to the authorities to help, the situation has not improved.

“We have young female members in the community here.

“The safety of them should be of utmost importance and we hope someone will be able to help us soon.

"We always see shady characters loitering around out block at the wee hours of the night."