#Friendshipgoals anyone? 5 things you may not know about besties Zoe Tay and Chen Hanwei 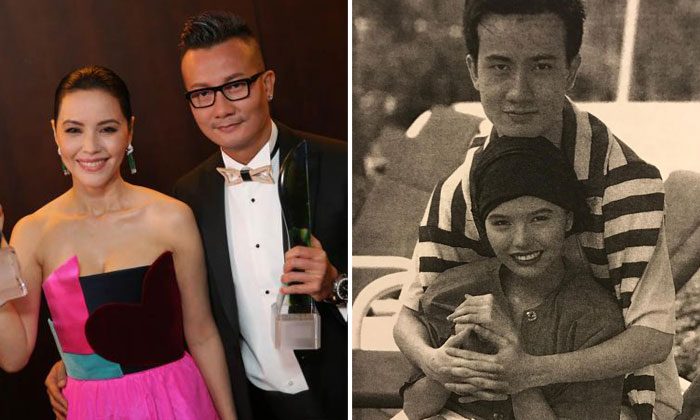 It was a joyous night for Zoe Tay and Chen Hanwei as they were crowned Best Actress and Best Actor respectively on Sunday (April 16) at the Star Awards 2017.

The veteran actors received accolades for their performances as a male confinement nanny in The Gentlemen and a cancer-stricken nurse manager in You Can Be An Angel 2.

And besides being comfortable teasing each other before the camera, they are also often seen celebrating each other's achievements.

Here are some things you may not know about the A-lister besties:

1. They didn't have the best impression of each other when they first met

Tay thought that Chen was arrogant while he said she gave off supermodel vibes.

However, the actress said that as time passed, she saw "the real Chen Hanwei (who) is kind, sincere and gives me a sense of security, like the roots of a tree. I've always said that he is like an angel to me."

2. They took part in the inaugural local talent show Star Search in 1988

Organised by then-Singapore Broadcasting Corporation, Tay emerged as the winner of the competition while Chen was a finalist. Both of them went on to build successful acting careers over the years.

3. Both of them had their breakthrough roles in the 1990s

Tay rose to fame after playing the materialistic girl Bobo in Pretty faces (1991) while Chen captured the audience's hearts with his role as a teacher in Morning Express (1995).

4. They are fashion darlings in Singapore

Dubbed a fashion icon for her elegant style, former model Tay continues to grace the covers of local magazines.

Chen appears to be more adventurous with his fashion choices, which may be the result of his brief stint as a stylist when he took a break from acting in 1997.

5. They have both won the All-Time Favourite Artiste Award

After being named top 10 most popular male/female artist 10 times at the Star Awards, Tay clinched the all-time favourite artiste award in 2004 and Chen joined her on the list in 2014.

Related Stories
Here's what 39-year-old Belinda Lee has been up to since leaving Mediacorp
Edmund Chen files police report after giving $10,000 to woman -- who says he attacked her on FB
entertainment
celebrity
singapore
local
m actor
actress