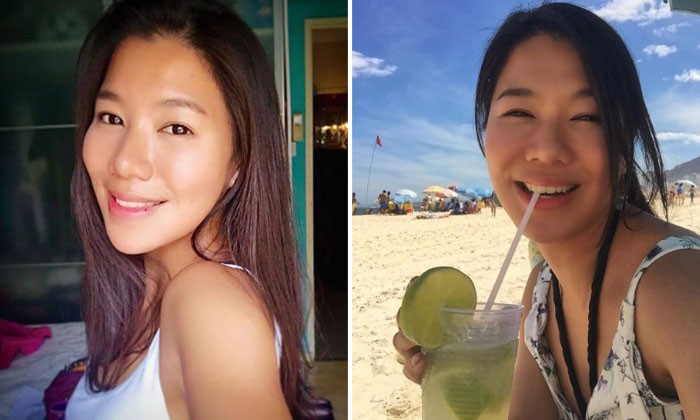 Local TV actress-host Belinda Lee recently left Mediacorp after 14 years to pursue her own endeavours, but some things never change.

Lee, who ended her contract with Mediacorp on Dec 31 and is with new agency IDEAThread, hopes to step out of her comfort zone and explore more opportunities in hosting and filming for dramas and movies.

But her next four months will still be filled with adventures around the world.

The 39-year-old has helmed human interest travel series such as Find Me A Singaporean and The Place We Live In.

She also published a book titled Larger Than Life: Celebrating The Human Spirit in December 2015.

It is a collection of heartwarming tales of some inspiring people Lee met, mostly when she was hosting Find Me A Singaporean.

Lee is in the midst of filming two travelogues, National Dishes and Between Two Worlds.

When asked how National Dishes differ from her previous shows, she said: "I've never done a food travelogue overseas before, only locally.

"I felt that it was more informative because I got to understand the people and culture of a country through their national dishes.

"As for Between Two Worlds, I usually address social issues such as water pollution when I'm in a particular place.

"But this time, I'll be finding out more about where those people think they stand in that part of the world, their culture and identity."

The shows will air on Channel 8 and Channel U in the middle of this year.

Her last trip was in early February to Brazil, where she tried out their national dishes such as tapioca crepes, feijoada (black bean pork stew) and moqueca (fish stew).

"I also went to a favela (slum) in Rio de Janeiro and ate churrasco (grilled meat) with a nice family there," said Lee, who will be travelling to Thailand for the next episode of National Dishes today.

"The food we ate may not have been quality meat, but I definitely spent quality time with them. It was great to experience their culture and get to know their people through food."

A World Vision Singapore Ambassador, Lee also visited Cambodia last December to find out how she could raise awareness for the organisation.

But the highlight of that trip was seeing a 10-year-old girl, Vimean, whom she had sponsored for two years.

Lee said: "She was really shy and took a while to warm up...

Lee, who started earning her keep at the age of 17 and has only O-level certification, never dreamed she could travel around the world some day.

She feels that travel has compensated for her lack of institutional learning, adding: "I don't have high qualifications but I had the desire to learn more.

"It was hard to work and study at the same time.

"But when the travelling opportunities came, it really opened up my eyes to see the world in such a different way."

But following her heart was also dangerous at times.

Lee took living on the edge quite literally as she journeyed to a mountainous village near the Dulong Jiang (or Dulong River) in Yunnan province, China.

"We had to drive at the edge of a cliff to get to the place and at that time it was rainy and they had landslides and mudslides" she said.

"I had this little girl with me and she asked, 'Sister Belinda, do you think we are going to die soon?'

"I (comforted) her by telling her that we were going to be okay."

Lee added: "The world is a beautiful place, so just enjoy and explore.

"Don't stick to the usual comfort zones. Go off the beaten track and venture into the waterfalls and deserts.

"Having said that, one must also be mindful of where one goes."

Her tip for first-time travellers?

"Be open-minded and stop complaining, because once you step out of Singapore, everywhere will smell, look and feel differently," said Lee.

"Be accepting, don't judge, and have fun."

Related Stories
This 27-year-old will become the first woman to visit every country in the world
Boss of Evolve MMA spends $500,000 on Maldives vacation for employees
entertainment
celebrity
TV
travel
interesting
heartwarming
amazing