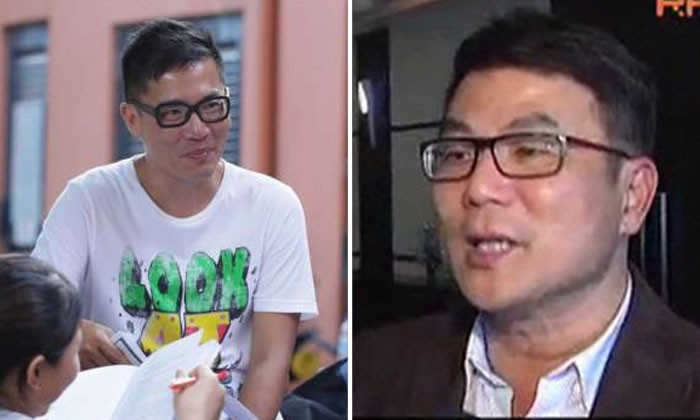 Ivan Ho, director of new local movie Take 2, was among aspiring film-makers in the 1980s who started by learning to make karaoke MVs - music videos with lyrics crawling across scenes of umbrella- wielding women walking in flower gardens.

Fresh out of national service, he took one of Channel 8 host Jack Neo's karaoke MV courses in 1989.

He never completed the course and eventually left show business altogether for two decades, during which he became a businessman, dealing in everything from laundry to art.

Now he has come full circle, helming his first feature film, the Chinese New Year comedy Take 2. It is about ex-convicts trying to make an honest living.

The movie was executive-produced by Neo, one of Singapore's most bankable film- makers.

Speaking to The Straits Times at a press conference recently, Ho, 50, says that his early interest in films led to a stint in producing at national broadcaster Singapore Broadcasting Corporation, now called Mediacorp.

He was quickly disillusioned.

"The salary was terrible and I worked so many nights, I had no social life," says Ho, who is not married.

That was when he decided to go into commerce.

In 2012, he came home for a break from his art business in China.

The film-making bug bit again, so he took up another course in film production, run by Neo's J Team Academy. There, he was talent- spotted by Neo and rose up the J Team ladder.

Having Neo recognise him as one of his students from the 1980s helped and his previous television production experience also gave him an edge.

During the production of Take 2, Neo sometimes offered creative input, but Ho says he was free to ignore the advice.

In the end, he adds, the film bears more evidence of his own style, which draws greatly from comic books.

One story stuck with him.

"Some turn over a new leaf, but others go back to jail. One of them told me that the thing that made him change was when the police broke into his house to arrest him. The police told his mother and wife to squat in a corner," he says.

The humiliation they suffered for an act that he committed made that man vow to never re-offend, says Ho.

He is aware that the topic of former prisoners trying to re-integrate can be serious, but he is confident he has put enough humour into the film to balance the tone.

"This is a Chinese New Year movie, we don't want to make it heavy."