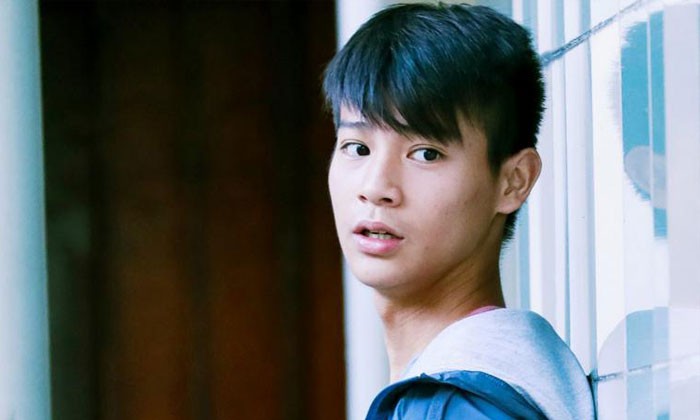 Shawn Ho did not expect his internship with Take 2's lighting crew to turn into one of his biggest breaks.

Ho, 21, a final-year student studying for a Higher Nitec in film-making at ITE College Central, was having a 1½-month internship when he scored an acting role in the movie itself.

And it happened on the first day of his internship during the film's pre-production in the middle of last year.

He was packing in the office when the casting directors approached him.

Ho told The New Paper yesterday: "They told me that they were looking for someone to play Ryan Lian's son in the movie but had auditioned so many and couldn't find one.

"They said I looked like Ryan and asked me if I wanted to act.

"I was so shocked I didn't know what to say as I had never acted before."

Excited but unsure, he approached Ms April Tong, his lecturer in film-making, for advice.

Ms Tong, 37, told TNP: "Shawn's purpose on set was to learn the technical part of film-making, but we thought that he could learn from a different perspective as an actor, so we encouraged him to do it.

"The school and I are proud of his professionalism as a student, intern and an actor. It is really not easy to juggle all three and do them well."

Ho did a reading with Lian and the tape was sent to executive producer Jack Neo, who gave the thumbs up.

He panicked after receiving his script as his lines were in Chinese.

"I'm terrible in Mandarin, so I asked them what the words were to write them in hanyu pinyin," he said, laughing.

His six friends on the same internship also teased him.

But Ho learnt quickly, guided by his co-stars.

"They would help me in the scenes I couldn't deliver, especially Ryan. He was like my personal tutor in acting," said Ho, who would also help the lighting crew out whenever he could.

Despite enjoying being in front of the camera, Ho feels working behind it was more fun.

He said: "I didn't like it when I had a lot of bloopers and didn't get the scene done.

"When with the crew, I felt I could get the job done better, and I could use whatever I learnt in school."

Ho saw how Neo and director Ivan Ho directed and tweaked the story to make it better.

"I think Ivan's biggest challenge in the movie was me, a first-time actor, but he was always guiding me," he said.

Ho plans to enrol in a polytechnic after graduating in April to further his studies in film-making.

When asked if he could see himself as an actor in the future, he said: "Maybe small acting roles, just not main ones.

"I am a shy person, and if I were to become an actor, I think it would be a little too much pressure for me."