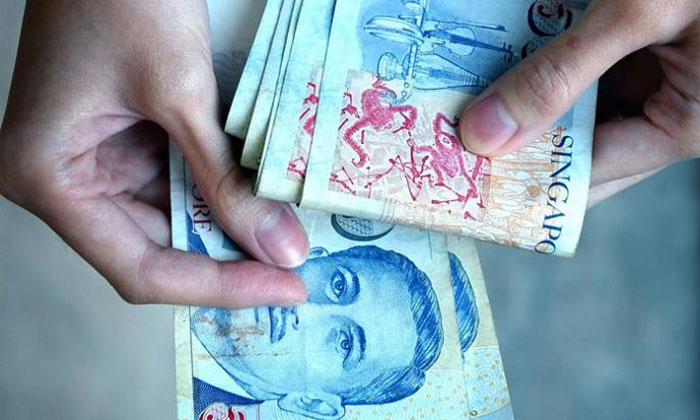 An 80-year-old Singaporean wanted for his alleged role in a multimillion-dollar scam in the United States had name-dropped prominent Singaporeans such as Ambassador-at-large Tommy Koh, 79, to lend credibility to the scheme.

He also claimed to have been an employee and scholarship recipient of Shell Singapore.

The Straits Times obtained a personal profile document believed to be used by Ho Fook Kee while he acted as a broker for the US$50 million (S$70 million) scam.

The US scam involved Ho and five accomplices who allegedly impersonated US government officials to lure at least 12 victims to invest in a fraudulent scheme known as the "Cities Upliftment Programme".

The profile came from a Singaporean investment consultant who had expressed interest in investing with Ho and received the document from him through a US business partner.

Attached was also a photocopy of what is believed to be Ho's passport.

The document, which stated his name as Ho Foo Kee instead of Ho Fook Kee as sources confirmed, or F. K. Ho as written in his passport, listed what appears to be his illustrious career in local and international oil, gas and engineering industries.

It also claimed Ho worked in Shell Singapore, in roles including petroleum chemist and consultant.

But its spokesman said there were no records of Ho working in the positions described or as a scholarship holder.

The document also listed notable lawyers and public servants as character references, though those contacted by ST said they had not been contacted by any victims.

Professor Koh, who was listed as a "former classmate and personal friend", told ST Ho's name did ring a "distant bell".

When shown a picture of Ho, Prof Koh said he remembered him as a secondary schoolmate but has had no contact with him since leaving school in 1957.

When contacted, both had no recollection of anyone fitting Ho's description.

Lawyer Teo Eng Leong, who was also listed as a personal reference, said he did not know Ho well and met him only a handful of times a few years ago when he visited his office for notary public services.

He remembered him because Ho's passport did not state his full name, saying: "When he showed me his passport, it was just his initials (stated there)".

A Singapore mobile phone number belonging to Ho was also listed, but calls to the number went unanswered.

Ho is being investigated by the Commercial Affairs Department here and is on bail for a case unrelated to the US scam, sources told ST.

According to indictment papers for the US scam, Ho and five others had allegedly told victims that the scheme was backed by the Federal Reserve Bank of New York.

They promised investors "exponential" returns, where a US$1 million investment could yield US$150 million in less than four months, and allegedly swindled victims all over the world. Among the victims is one here who was allegedly approached by Ho in 2015 and put US$1 million in the scheme.

Two months ago, Ho was charged with five counts relating to committing wire fraud and impersonating a US officer, among others.