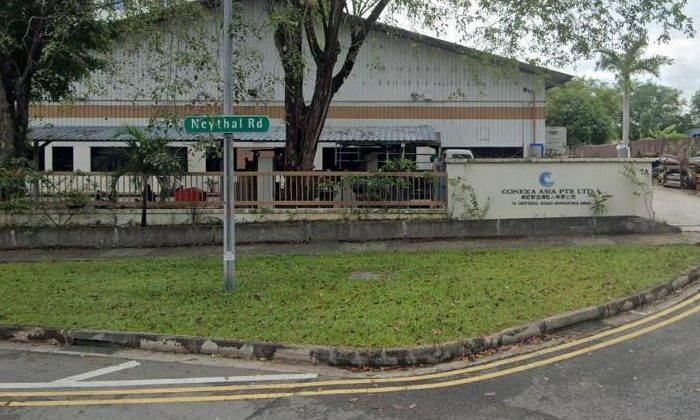 A Bangladeshi worker died on Wednesday (April 27) after a steel beam he was repositioning toppled and struck him on the head, the Ministry of Manpower (MOM) said on Thursday.

A 49-year-old man has been arrested for a rash act causing death, the police later said, but the authorities did not specify how the two men were related, or what the rash act involved.

This was one of two fatal workplace accidents that took place on the same day, and the seventh workplace death this month.

In response to queries, MOM said the 42-year-old worker was repositioning steel beams at 7A Neythal Road in Boon Lay in preparation for storage and transportation.

The worker was attempting to secure a lifting clamp to one of the steel beams when it suddenly toppled towards him and hit him on the head, MOM said.

The police said they received a call for assistance at around 1.55pm, and upon arrival they found the worker motionless.

He was pronounced dead at the scene by a paramedic.

The worker's employer, Ace Surface Treatment, is also the occupier of the worksite, MOM said.

The corrosion prevention solutions firm has been told to stop all repositioning works for steel beams.

An MOM spokesman said that as a general safety measure, heavy structures, like steel beams, have to be stable before anyone is allowed to work on them.

At the launch of a new National Workplace Safety and Health Campaign on Thursday at NTUC Centre in Marina Boulevard, Senior Minister of State for Manpower Zaqy Mohamad said MOM will devote more resources to conduct 25 per cent more inspections this quarter compared with the last, in the light of the recent spate of fatal accidents.

Hours before the accident in Neythal Road on Wednesday, another foreign worker died after he was run over by a prime mover in Yishun Industrial Street 1.

The 39-year-old Indian national had parked the vehicle on a ramp in a driveway before alighting from it, ST earlier reported. 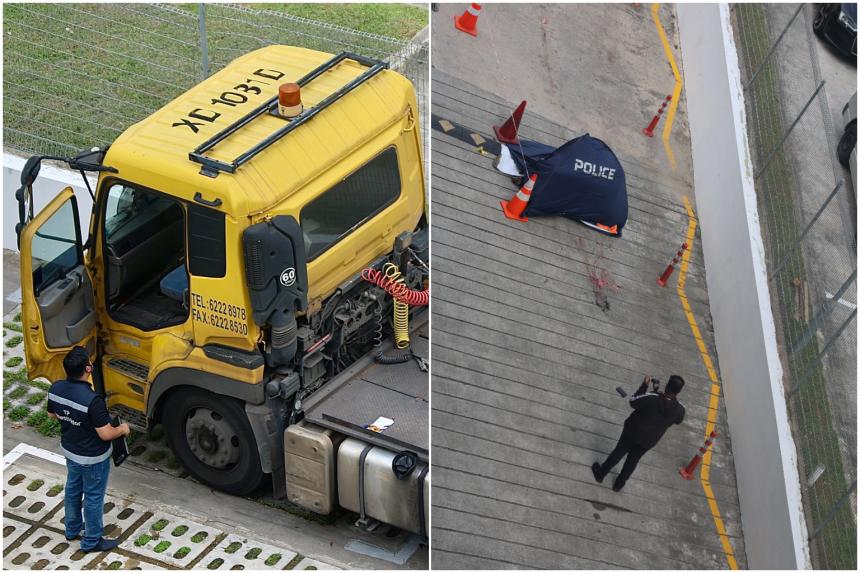 The prime mover started to roll forward a short while later, and the worker ran towards the front of the vehicle.

"Unfortunately, he was run over by it," MOM said.

A manager of City Container (S), the worker's employer, told Chinese language newspaper Shin Min Daily News that the worker was picking up cargo when the accident happened.

The police said they were alerted to the accident at around 8am. The worker was pronounced dead at the scene by a Singapore Civil Defence Force paramedic.

The two deaths on Wednesday took the total number of workplace fatalities this year to 16. Last year, there were 37 workplace deaths, compared with 30 in 2020 and 39 in 2019.

In his speech on Thursday, Mr Zaqy highlighted Moderna Homes, which specialises in modular high-rise construction, as a good example of a company that has taken time to look after its workers' safety and health.

The firm, a subsidiary of construction engineering group BBR Holdings, had no workplace incidents in 2020, and, to foster a culture of reporting incidents, the company rewarded workers who flagged safety concerns and near misses.

The company's senior management conducts inspections and holds dialogues with workers and middle managers to get feedback on how to improve safety.

For instance, the prefabricated modules it uses now come with collapsible barricades after workers had raised concerns about falling while working near the edges.

"This culture and ownership need to be developed. It is (something that is) not done in just one day," Mr Ho said. "It is a continual improvement," he added.

Related Stories
Worker dies after getting run over by prime mover that he parked on Yishun ramp
2 workers die at Keppel shipyard after structure collapses, throwing them off scaffolding atop vessel
Driver dies after getting thrown out of forklift that toppled at Tampines BTO worksite
More About:
accident
fatal accident
dead
death
worker
worksite
workplace accident