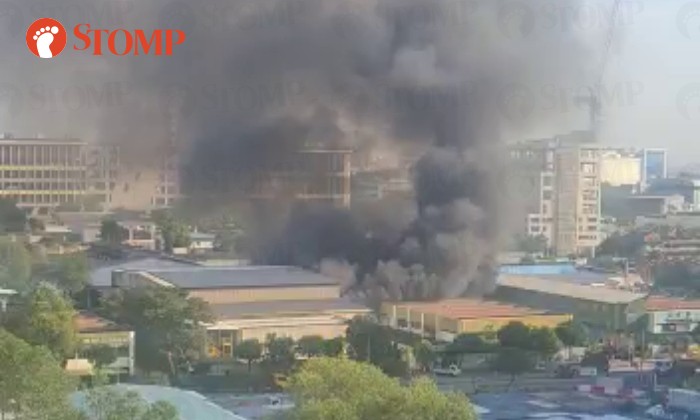 Firefighters took three hours to extinguish a blaze at an industrial park in Woodlands on Saturday morning, with one fireman injured in the operation.

The Singapore Civil Defence Force (SCDF) said on Facebook that it was alerted to a fire at No. 66 Woodlands Industrial Park at about 8.40am.

The fire involved several piles of recycling waste over an area of about 100m by 100m, and with the tallest pile 8m in height.

A total of 10 emergency vehicles and about 70 firefighters were deployed.

At the height of the operation, two foam jets, two water jets and an unmanned firefighting machine were used, SCDF said. Firefighters are currently damping down – or applying water to burnt surfaces to prevent the rekindling of fire – the affected parts of the warehouse.

A firefighter injured his arm during the operation, and was taken to Khoo Teck Puat Hospital after he was assessed by an SCDF paramedic. SCDF later said he was discharged and recovering at home.

About 25 workers had evacuated the unit before SCDF’s arrival. As a safety precaution, the police and SCDF evacuated about 90 people from the neighbouring premises.

Checks online by The Straits Times showed that the unit on fire belongs to two companies - plastic product manufacturer Green Recycling and renovation contractor Yong Seong Transport and Cleaning Services. ST has contacted both for comment. 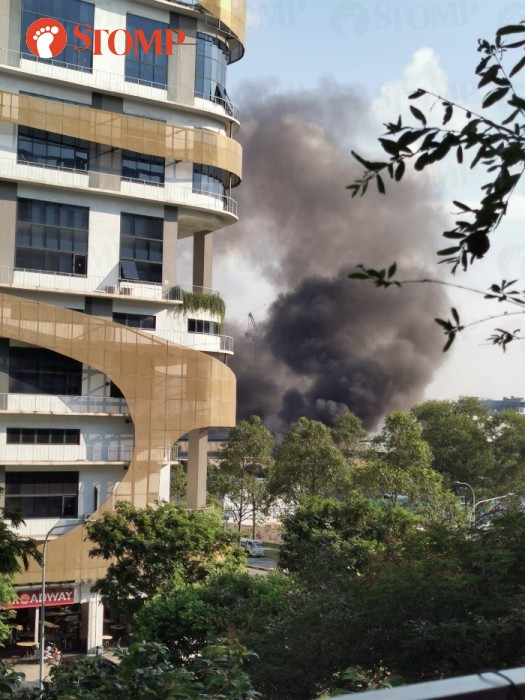 Ms Vanny Pannesilvam, 44, who lives opposite the industrial area, said she was cooking in the morning when she saw some smoke outside her window.

She went out to her corridor and saw thick black smoke coming from the industrial park. She immediately called the SCDF.

A resident in the area, who wanted to be known only as Ms Phua, 23, said that she woke up at 8.45am and was about to prepare breakfast when she looked out of the window and saw thick smoke. She also saw flames coming from the industrial unit.

She said: "As there are dormitories and construction sites around the area, there were many foreign workers who crowded around the scene."