Man caught on camera allegedly peeing in Yishun stairwell: 'Why is he doing this?' 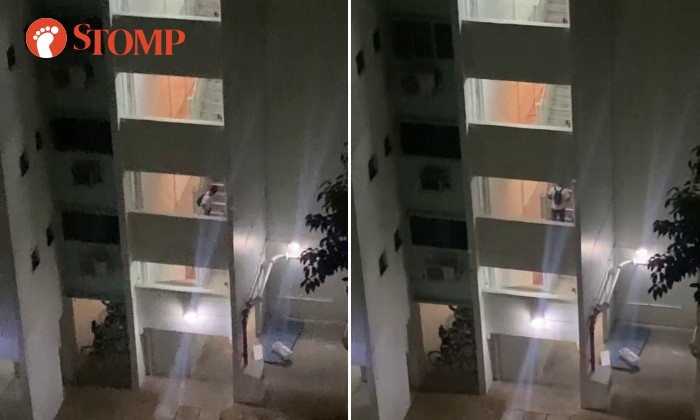 A man was caught on camera allegedly relieving himself in the stairwell of Block 132 Yishun Street 11 on Thursday (July 21) at 9.38pm.

Sharing a 14-second video of the incident taken from afar, a Stomper said the man was peeing in the stairwell between the second and third storey.

In the video, the man appeared to be zipping up his pants with his back to the camera.

Carrying a black backpack and dressed in a white T-shirt and dark pants, he then looked around as if to check whether anyone else was there before walking down the stairs.

The Stomper said: "I was thinking, why is this man doing this? He didn't care about Singapore's clean environment.

"People must obey the government regulation to keep a hygienic environment."

The Environmental Public Health (Public Cleansing) Regulations states: "No person shall urinate or defecate in or upon any street, arcade, vacant land, river, canal, ditch, drain or watercourse or in any place to which the public has access except in any sanitary convenience provided for such purpose."