Woman performs CPR on man who collapsed at Bukit Merah 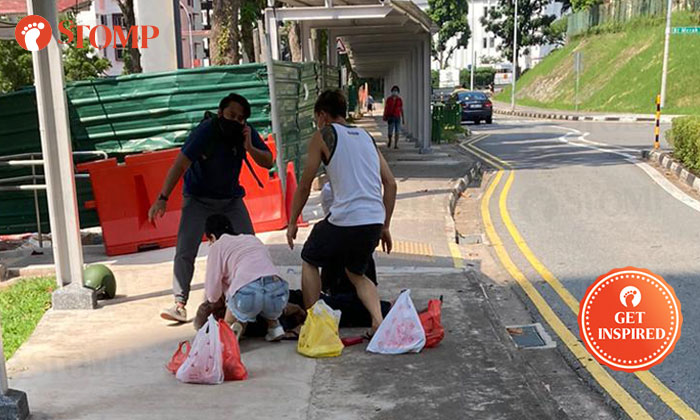 A Stomper has praised a passer-by for performing cardiopulmonary resuscitation (CPR) to revive a man who had collapsed on a pavement at Bukit Merah on Thursday morning (June 10).

Stomper Terence shared with Stomp what he witnessed.

"This lady in pink revived an uncle who had fainted," he said.

"From her skill of performing resuscitation, she looks like she's from the healthcare sector.

"The uncle was totally unconscious and had no reaction until she started pumping hard.

"An ambulance arrived for the uncle and took over after which, the lady left.

"I think she's the hero of the day and it would be great if she gets recognition."

In response to a Stomp query, the Singapore Civil Defence Force (SCDF) said they received a call for assistance at Block 115 Bukit Merah View at about 11.10am.