Woman cries when she loses her phone in Bukit Panjang, cries when MRT staff returns it 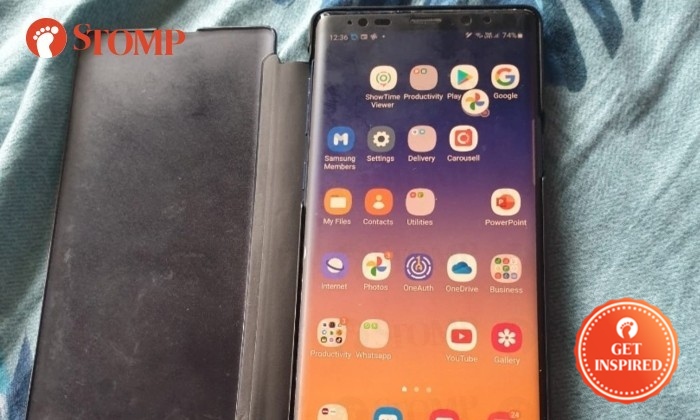 Losing your phone can be a traumatic experience. But for one woman, it was especially so for a heartbreaking reason.

Stomper Satria said that his wife's father died in 2020.

"In the phone, there are many photos of her with her dad," he told Stomp.

She was "devastated and crying" when she lost her phone on Sunday (Aug 28).

"It holds a lot of memories and she is far from home," said Satria, adding that wife is from Perlis, Malaysia, and has not returned home for three years because of the pandemic.

Fortunately, someone had found the phone.

"Mr Mohamed found it when he was taking the LRT at Bukit Panjang station. He told me that he was planning to surrender the phone to the neighbourhood police post when I called my wife's phone," recounted the Stomper.

"Without hesitation, he asked me where I live and offered to bring it to my place. Instead of going back home to Gangsa Road, he made a big U-turn to my residence at Chua Chu Kang to return my wife's handphone safely."

Satria met Mr Mohamed at a void deck next to Teck Whye LRT station at 4pm.

"He told me he knows how it feels to lose a mobile phone. I wanted to have a selfie with him, but he declined. He just told me his name and that he was working on the Downtown line."

When his wife got her phone back, she was "still crying but with happiness," said the Stomper.

"She asked me why I didn't bring Mr Mohamed home as she wanted to thank him personally, but I told her that Mr Mohamed declined any offer or selfie."

So Satria turned to Stomp to express his and his wife's gratitude: "We would like to say 'thank you so much' for the extra-mile service to the MRT staff member from the Downtown line by the name of Mr Mohamed."

Related Stories
Family offering reward for return of bag mum with dementia lost in MacPherson
Singaporean man, 80, moved to tears when lost wallet with $1,000 is returned in Malaysia
SMRT bus captain finds wallet by roadside, tracks down Sheng Siong employee to return it
More About:
lost and found
handphone
Bukit Panjang
get inspired