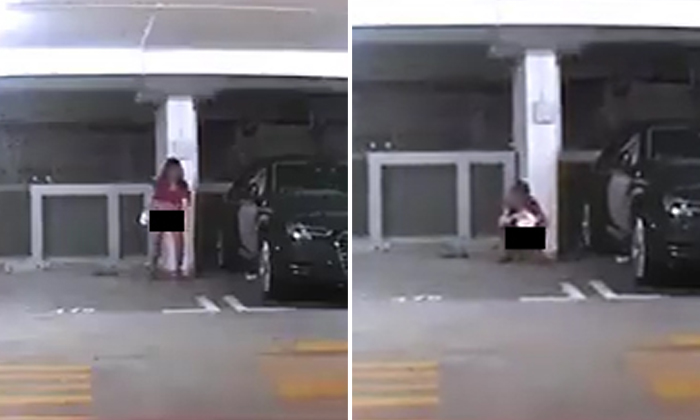 A woman with 'urgent business' was seen squatting down to relieve herself at a multi-storey carpark in Sengkang.

According to the time-stamp on a video posted by SG Road Vigilante's Facebook page, the incident occurred at around 4.30am on Sunday (Oct 21).

The post, which Stompers Jayden and Raven alerted Stomp to, identified the location as Block 468 in the Fernvale Lea estate.

In the video, the woman can be seen walking to a parking lot next to an Audi.

The woman, who appeared to be clutching tissue paper, can be seen lifting her dress and removing her underwear before squatting down.

If you want to do business in a multi storey carpark, please don't do it in front of a car with video camera!" added the Facebook post.

Stomp understands that a police report has been made.

Jayden told Stomp: "I find this lady’s behaviour disgusting and funny at the same time."

Under the Environmental Public Health Act, it is illegal to urinate or defecate in a public space.