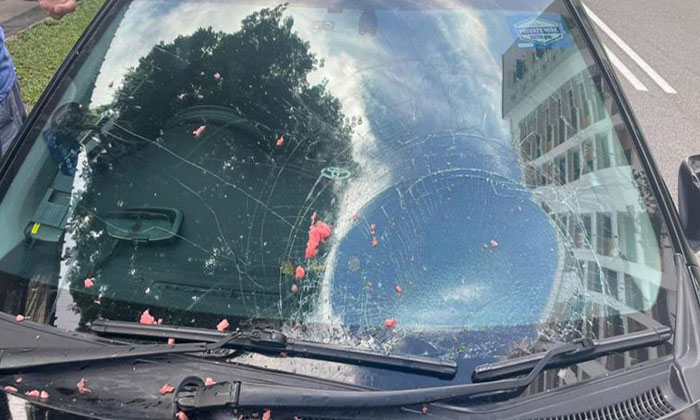 Apparently, it can sometimes rain watermelons in Jurong.

A Private Hire Vehicle driver had to shell out more than $1,000 for repairs to his car after it was hit by a watermelon allegedly thrown from a high-rise building in Jurong, Shin Min Daily News reported.

According to Mr Wang Wei Jian, the incident took place on Feb 25, at 9.24am along Jurong West Street 93.

Camera footage reveals the car being hit by the fruit as it’s turning a corner, denting the windscreen, and leaving watermelon bits on the car.

After a moment of shock, Mr Wang got out of the car and called the police.

He believes that the watermelon was thrown by a resident of Blk 967B, although this has not been confirmed.

His son, who was in the passenger seat when the incident occured, said it wasn't an entire watermelon that was thrown down – just a large piece of it. 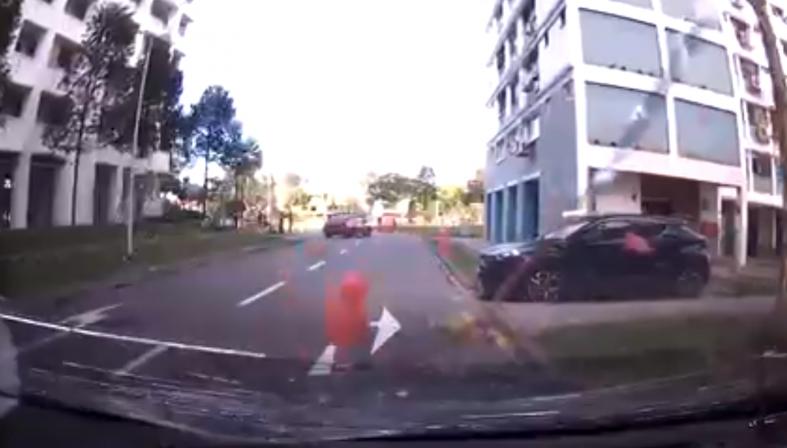 Police who arrived on the scene questioned residents of the surrounding blocks, and took evidence from the remains of the fruit left on the car.

Shin Min said the police believe the fruit was thrown from a high-rise location, based on the cracks on the windscreen.

The police have launched an investigation into the reckless act.