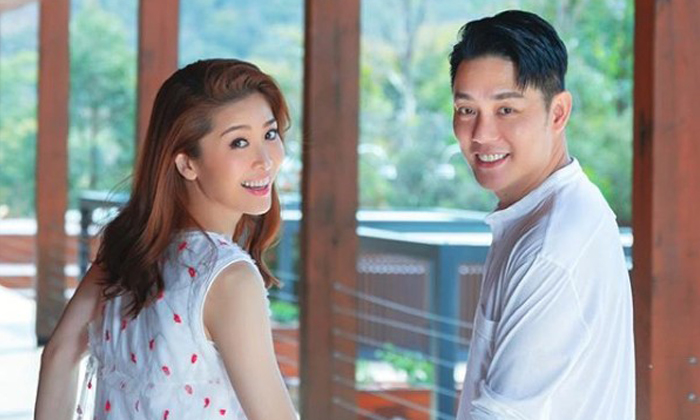 In an Instagram post on Dec 17, the 39-year-old announced her marriage to award-winning Chinese actor Fu Yiming, 45. But the wedding is believed to have taken place around end-November.

Fu and Chow co-starred in the 2014 Mainland drama, Undercover, where they played husband and wife.

At the time, Fu was married to actress Cheng Hao. The pair also has a son together. But the couple divorced in 2017, after 20 years of marriage.

According to media reports, Fu was snapped having dinner with Chow in Hong Kong three months later, leading to speculation that Chow was the third party in the marriage.

But Chow's older sister Kathy has defended her sister, denying the allegations. She also rubbished talk that the marriage was a shotgun wedding.

When questioned by media about rumours that she's pregnant, Chow reportedly texted: "No la".

Their wedding ceremony held overseas was a small one attended only by the couple's immediate family, Sina reported.

Dubbed the 'ultimate bachelorette', Chow had previously dated fellow TVB actor Kevin Cheng for several years before ending their relationship in 2008. She was most recently linked to another Chinese actor, Jeremy Xu, before they reportedly broke up in 2015.