Did HK actress Cecilia Cheung have a baby with a 65-year-old Singaporean businessman?

Is Cecilia Cheung a mother of three now?

The Hong Kong actress has reportedly given birth to a baby boy in Hong Kong on Nov 25, with the father said to be a 65-year-old wealthy Singaporean businessman.

Emerging Chinese media reports described the 38-year-old actress' boyfriend as an investor in several restaurant chains who has a publicly-traded enterprise.

When approached by reporters staked out outside his home, her ex-husband Nicholas Tse simply replied: "No comment". The pair share custody of their sons, Lucas, 10, and Quintus, 8.

Cheung's mother was also spotted outside the Hong Kong Sanatorium & Hospital, where the actress is said to be recuperating. However, she denied that she was there to visit her daughter, stating that she's sick.

Her mother had let slip earlier in March that her daughter was seeing a 65-year-old Singaporean businessman, Apple Daily Hong Kong reported. She added that despite their 27-year age gap, he knows how to take care of her. But her mum reportedly changed her tune in subsequent interviews, saying that the man was simply a suitor.

That same month, Apple Daily Taiwan also reported that Cheung was dating a Singaporean after she posted a photo of a man playing with her sons in the pool at Singapore's Marina Bay Sands. 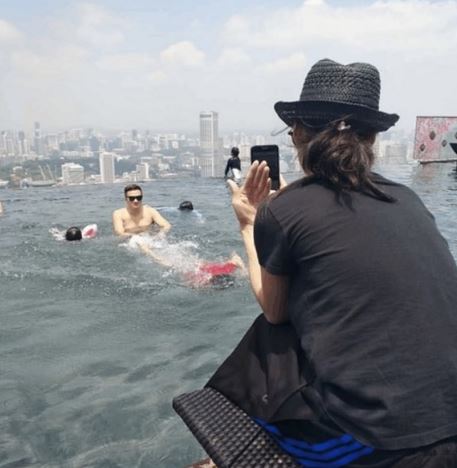 Since news broke of Cheung giving birth, he's been identified as the possible father of the baby. Another photo dug up from Cheung's Instagram account, which she has cleaned out and privatised since August, showed the back view of a man with the caption, "I like to be low-key". However, netizens have pointed out that the man hardly looks like someone in his sixties.

According to entertainment site On.cc, Tse's father Patrick told reporters when quizzed on the rumour: "I don't know, and I won't say! Send my blessings!"

The actress has been linked to several men since her divorce from Hong Kong actor Nicholas Tse in 2011.

However, suspicions that Cheung was in a new relationship this year were raised following her mysterious comment on her Instagram post on Feb 24, Sinchew Daily reported. 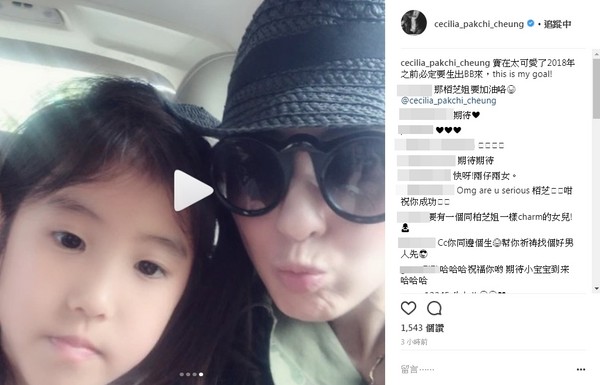 When commenters asked who her boyfriend was, she replied: "Can't it be a foreigner?"

In fact, she might have dropped more than one hint on her pregnancy.

In July, she'd posted a photo on Instagram of a family dinner with her mum, Toggle.sg reported. 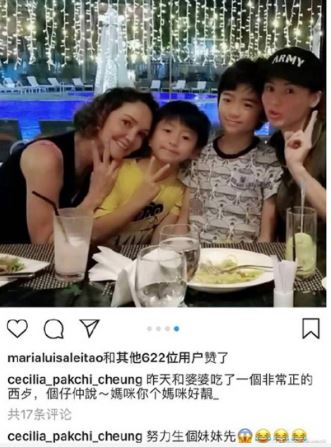 In a reply to a comment, she wrote: "I'll work hard to give birth to a daughter first." The comment was brushed off by many as a joke, especially after Cheung subsequently posted an ultrasound scan of her pregnant cat, announcing that she'd be welcoming a new family member soon.