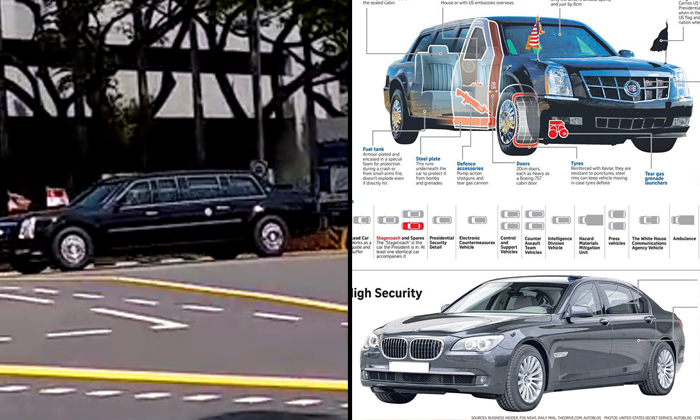 The two gathered for a working lunch prior to the Trump-Kim summit tomorrow (June 12).

Mr Trump's iconic state limousine, a nine-tonne bulletproof and bombproof Cadillac, was also sighted among the long line of vehicles.

Known as 'The Beast', the car has both highly defensive and offensive features such as: 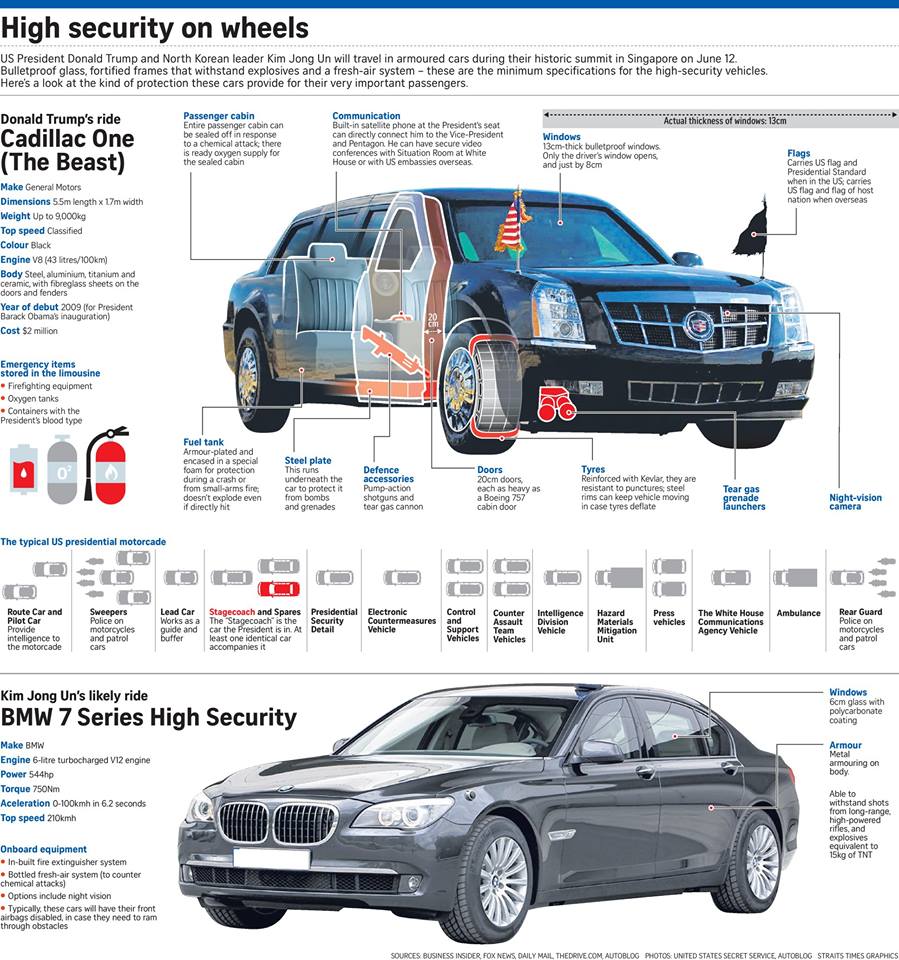 According to Business Insider, a lead car serves as a guide and buffer for the President’s limousine which follows immediately behind.

The fleet also consists of at least one identical car for emergency and decoy purposes.

Check out more photos in the gallery or view PM Lee's lunch meeting with Mr Trump below: