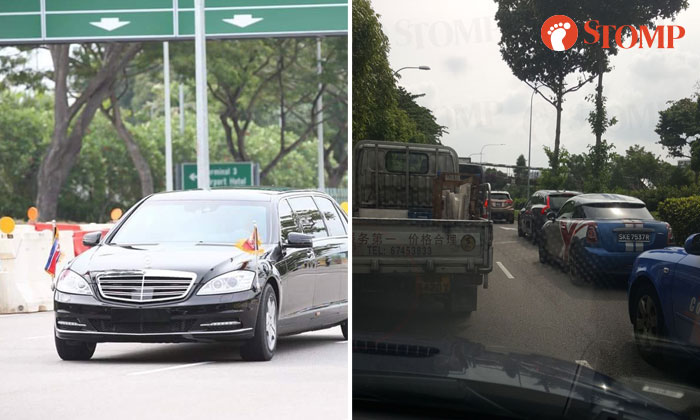 As soon as the Air China Boeing 747 Mr Kim arrived in touched down at Changi Airport at 2.35pm, a motorcade with as many as 30 vehicles, including local police motorcycles, left Changi Airport's VIP complex, reports The Straits Times.

A Stomp Team member who was travelling on the Pan Island Expressway (PIE) towards Tuas reported a massive jam at about 3.30pm. 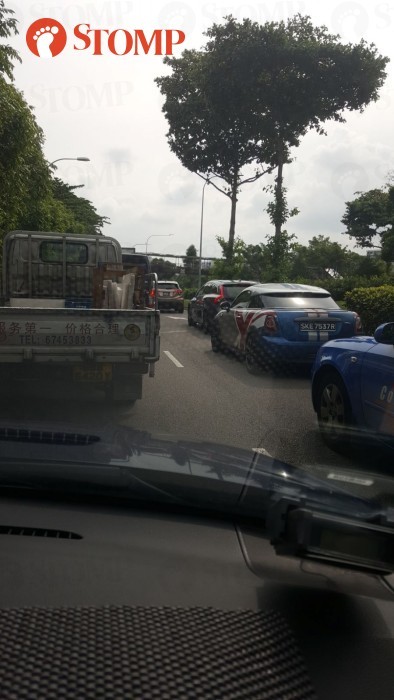 He had to take a detour at Bedok Reservoir in order to avoid it.

At 1.32pm, the Singapore Police Force tweeted road closures will be effected along roads in vicinity of Changi Airport towards Tanglin Rd.

In support of DPRK-USA Spore Summit, road closures will be effected along roads in vicinity of Changi Airport towards Tanglin Rd within the hour. Motorists can expect delays. Motorists encouraged to plan journeys early & follow directional signs & instructions from the Police.

Several Stompers sent Stomp videos and photos circulating online of the motorcade travelling along the PIE.

Stomper Bert shared a video taken by his colleague at Stevens Road as well.

Some exits on the PIE had been blocked off as the motorcade was believed to be heading towards the St Regis, where Mr Kim and the North Korean delegation are said to be staying during their time in Singapore.