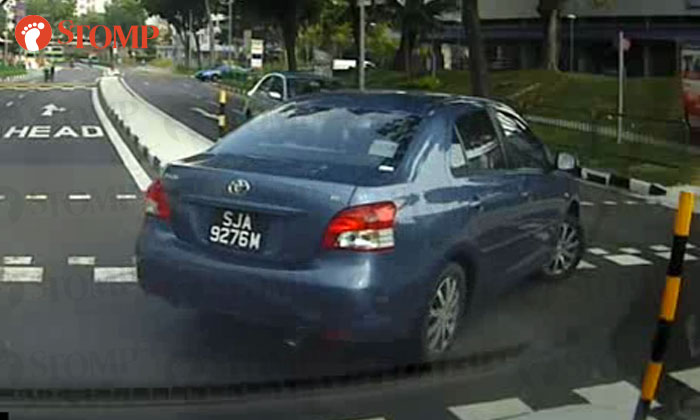 A Toyota driver was caught on camera blatantly making an illegal U-turn at a pedestrian crossing along Bedok North Street 1 on Oct 19 at 4.03pm.

In the video recorded by Stomper Chan, the driver can first be seen at the pedestrian crossing waiting for the traffic light to turn green.

As the video progressed, the driver started making small movements with his car as an elderly man was riding in front of the vehicle on a mobility device.

When the traffic light turned green, the driver started attempting to make a U-turn across the pedestrian crossing even though it was illegal and too cramped to do so.

Seeing what was going on, the Stomper honked at the driver, but the latter still continued manoeuvring his vehicle to make the turn.

Towards the end of the video, the Toyota driver had to reverse his vehicle to make space before completing the U-turn after failing to do so in his first attempt.

The Stomper described the driver's actions to be inconsiderate and dangerous.