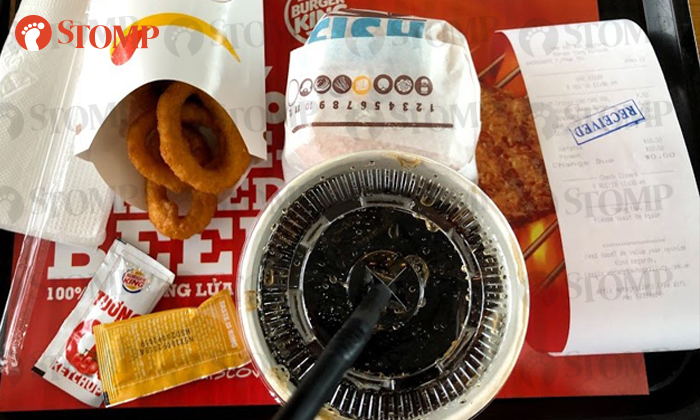 We speak of rising prices and the high costs of living in Singapore -- but grass is not always greener on the other side, it seems.

Stomper JR was returning to Singapore on Dec 9 after a visit to Hanoi, Vietnam, and decided to have a meal at Noi Bai International Airport before the flight back.

JR said: "I thought of having some fast food. When I saw the Burger King restaurant, I thought that it would not be so expensive but I was sooo wrong.

The Stomper's meal consisted of a chicken burger, onion rings, and a cup of Coke.

According to JR, the restaurant had displayed its menu prices in-store, though they were in USD.

JR, who was billed US$10.50 on the receipt, added: "Now who says Singapore is expensive?"

Related Stories
Is $5.80 for rice, fish and vegetables from cai fan stall at a food court too expensive?
Pricey or not? $11.40 for bee hoon with 6 ngoh hiang ingredients at Toa Payoh
Johor stall tells S'porean that this RM8.50 dish is "nasi goreng pattaya in Malaysia"
More About:
food
expensive
expensive food
airport
travel