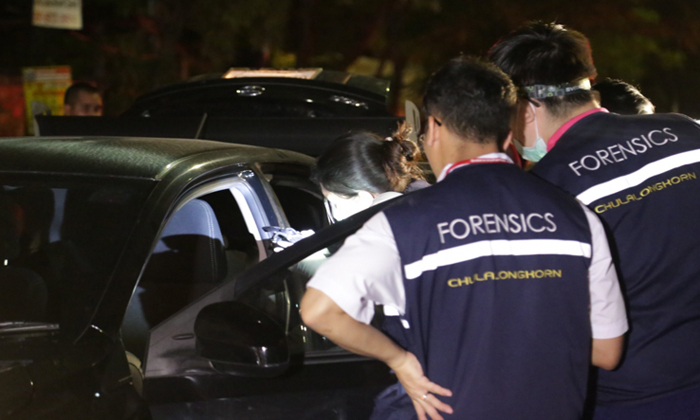 Police were alerted to the shooting incident on Soi Bang Na-Trat 4 at around 9pm and arrested the suspect.

According to The Nation, police said Natchanok admitted to shooting Anuwat Noowan with his own gun, in order to escape a "sex-slave" relationship that she could no longer tolerate.

When authorities arrived at the scene, they found Anuwat's body in his seat, slumped across the seat beside him.

A 44-year-old witness who called the police said he had been driving home when Anuwat's car skidded and collided with his own.

He said he then saw Natchanok open the driver's door and run to him while shouting: "The man in the car has [a] gun."

Kittipong let Natchanok sit in his car while he checked the other car and discovered the body.

Natchanok said Anuwat ​had often beaten her to force her to have sex.

He had allegedly attacked her again that night and punched her in the eye, prompting her to grab his gun -- which he kept on the back seat -- and shoot him in the back of the head.