Stomper finds otters going about their "business" in Jurong: 'Dirty and stinky but still cute' 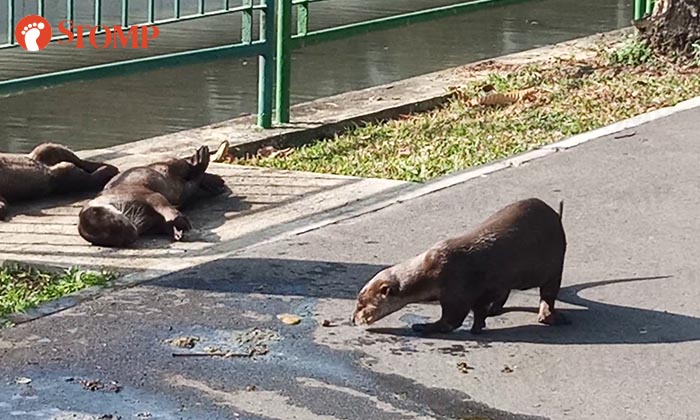 A Stomper was going about his daily routine on Friday (July 26) when he saw a family of otters "taking a shit along a park connector at Jurong".

Stomper Hafeezzudin was walking towards a swimming complex in Jurong East when he noticed the cute creatures at about 10am.

He contributed photos and videos of the otters eating in a canal and going about their "business" on a pavement.

Hafeezzudin told Stomp: "I see the otters there about once every week.

"They're usually in the water, so this is the first time I've seen them come up from the canal.

"I tried approaching them, but when I was about a metre away, they looked at me and starting making 'squeaking' noises as I tried to get closer.

"This is also the first time I've seen so many of them. Usually only about five to six otters, but there was about a dozen today."

In the video, an otter can be seen sniffing the faeces while a few others are lying down nearby.

"One started to poo then the others went to smell and followed. Dirty view and smells but they're still cute," said Hafeezzudin.