Stefanie Sun rumoured to be pregnant with second child, delivery expected in July 2018 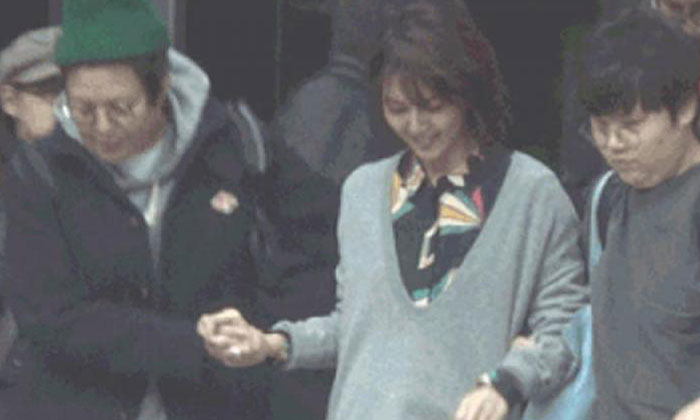 Local singer Stefanie Sun is rumoured to be carrying her second child, with the delivery expected to be in July 2018.

According to Taiwanese media, Stefanie Sun has been pregnant since Oct 2017, but Sun herself might not have been aware.

It was only during a tour promotion when she was feeling unwell that she discovered that she was expecting.

As there is a superstitious belief that one shouldn't reveal she is pregnant until she is at least three months into the pregnancy, Sun was unable to share with the public the good news.

For her upcoming album, the company has lined up a series of promotional tours and even arranged for Sun to go to Iceland to shoot her music video, but her pregnancy affected the schedule.

While Sun was on a promotional tour, she was photographed with a 'baby bump', and two assistants by her side who gently supported her.

The two also helped Sun to reject any autograph requests and prevented fans from getting too close to Sun.

The assistants were especially attentive as Sun descended the stairs.

This is not the first time that Sun has been rumoured to be pregnant, reports Lianhe Wanbao.

On Nov 2017, she missed a promotional tour as she was down with flu.

However, Taiwanese media reported that she had to take time off due to her pregnancy.

Her manager said back then:

“She isn’t pregnant, but she really wants a second child.”

When the media interviewed Sun’s manager over the most recent incident, the latter replied:

“It’s actually the same as the last time.

“Thank you for your concern.”