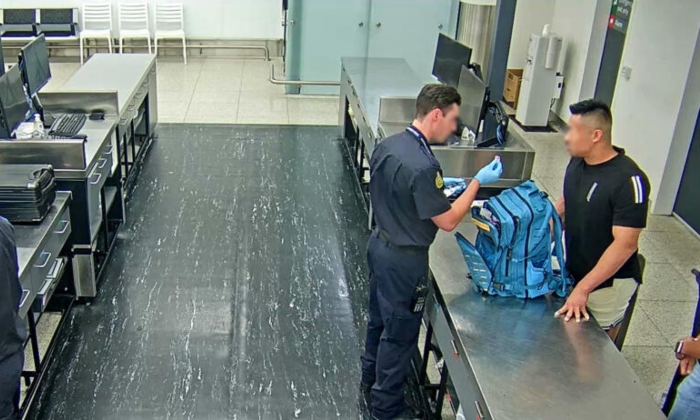 A Singaporean man was arrested in Australia after illicit drugs were found in his possession at Perth Airport on Nov 16.

In a joint statement on Nov 25, the Australian Border Force (ABF) and Australian Federal Police said 100ml of gamma butyrolactone (GBL) and a variety of prohibited anabolic steroids were found when the Singaporean’s luggage was searched.

The Central Narcotics Bureau (CNB) said on Friday that it was aware a Singaporean man had been arrested for suspected drug-related offences.

According to the Australian authorities, the Singaporean had declared he was not carrying any prohibited goods when filling up his passenger declaration card.

The man had arrived in Perth on Nov 16 after taking a flight from Singapore and was taken aside by an ABF officer for luggage inspection.

The Australian authorities did not say how they detected anomalies in the man’s behaviour or in the items he was carrying.

After the man was arrested, he appeared in the Perth Magistrates Court on Nov 17 and pleaded guilty to three charges.

Further details on the man and his purpose of visit to Australia were not provided by both Singaporean and Australian authorities.

Lawyers said the man can be prosecuted in Singapore, depending on what offences he may be convicted of.

Under Section 8A of the Misuse of Drugs Act, Singapore citizens and permanent residents can be prosecuted if they are caught consuming drugs overseas.

They will be dealt with as if the offence had been committed within Singapore if a urine test confirms they had consumed the drug.

The Straits Times earlier reported that 41 Singaporeans and permanent residents were arrested for suspected drug abuse overseas at various checkpoints here from January to August 2022.

She said: “Some drugs can remain in your system for four to six weeks. Singaporeans should know that even in countries which have relaxed drug consumption, if you consume drugs overseas, you risk being charged when you return to Singapore.”

On whether the man can be convicted of exporting controlled drugs from Singapore, Mr Cory Wong, a criminal lawyer from Invictus Law Corporation, said this will depend on whether the authorities can prove he had the drugs when leaving here.

Mr Wong said: “It is unclear if the man had left Singapore with the drugs, or if the drugs only came into his possession at the arrival or transit hall at Perth Airport.”

Related Stories
6 arrested in CNB bust, over 8kg of drugs worth $304,000 seized
5 teens from local and international schools arrested for suspected trafficking of cannabis
Drug trafficker gets death penalty after court rejects claim that most of heroin found was girlfriend's
More About:
drugs
australia
arrested
fined