S'porean couple live in van and travel across US over 10 months, joined by parents and Phua Chu Kang 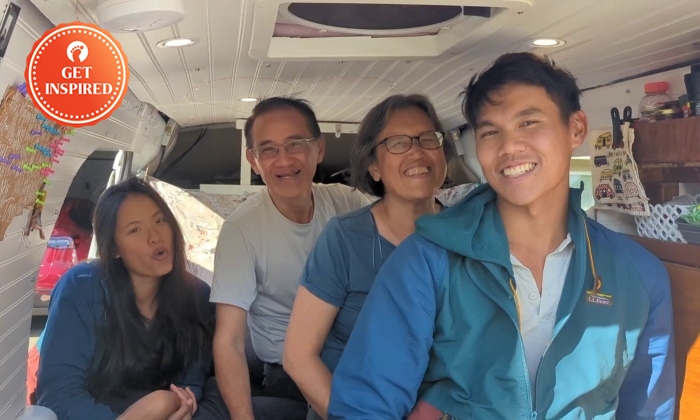 Two Singaporeans are travelling across the US while living in their own custom-built van.

Since April, Yee Jia and Gracia have been uploading videos of their adventures to their YouTube channel called The Proper Paupers.

They are not exactly a viral hit as their most popular video, a short one about a man cooking real Indonesian food in Wisconsin, has over 2,000 views. Most of their 33 videos so far have fewer than a thousand pauperly views.

But Stomper Amber is a fan.

She said: "I have been following their journey ever since I found out about them.

"They built their own van from scratch and now live and travel full-time in it.

"Their story really spoke to me as I am trapped in a nine-to-five job and would really love to do what they are doing. I feel like their story would be able to inspire many people to do something with their lives!"

When Stomp contacted Yee Jia and Gracia by e-mail, they said: "It is such a pleasant surprise that Singaporeans back home have heard of our journey across America in a tiny van."

How did it start?

They told Stomp: "Just a year ago, we decided to take the road less travelled to do vanlife here in America.

"This journey of ours was borne from the desire to redefine the atypical idea of the Singaporean dream aka the 5Cs, as we both had enough corporate experience from internships and job stints to know that it was not for us.

"So almost as a protest to the rat race, we did not get jobs after graduation but instead chose to build our home on wheels from our savings and embarked on our trip in Jan 2022.

"Prior to that, Yee Jia was doing his master's at Cornell University and Gracia was reading her master's in English Literature at Cambridge University in the UK."

They have since been on the road for 10 months starting from New York and visited 40 of 50 US states. (It is unlikely they will make it to Hawaii in their van.)

"Our adventure has brought us through highs and lows, but has taught us so much," said the pair.

"For example, we went from not knowing how to use a screwdriver, to mastering a drill, building custom-made furniture and even wire electrical systems."

That is how they are able to watch Phua Chu Kang as a reminder of Singapore.

"We are such massive fans of PCK. It’s really a godsend to be able to watch PCK on MeWatch overseas after being away from home for such a long time," said the couple.

In Colorado, they were joined by Yee Jia’s parents for three weeks.

He said in one of the videos: "So this is day seven of my parents being here. We have stayed in four hotels and three nights in the van, and they hate it.

"They think I’m wasting our life. But we’re here because we are on a mission to show people we can do this on a budget."

On the other hand, before departing, his parents seemed to really enjoy themselves when they reached Las Vegas, baby, in Nevada. 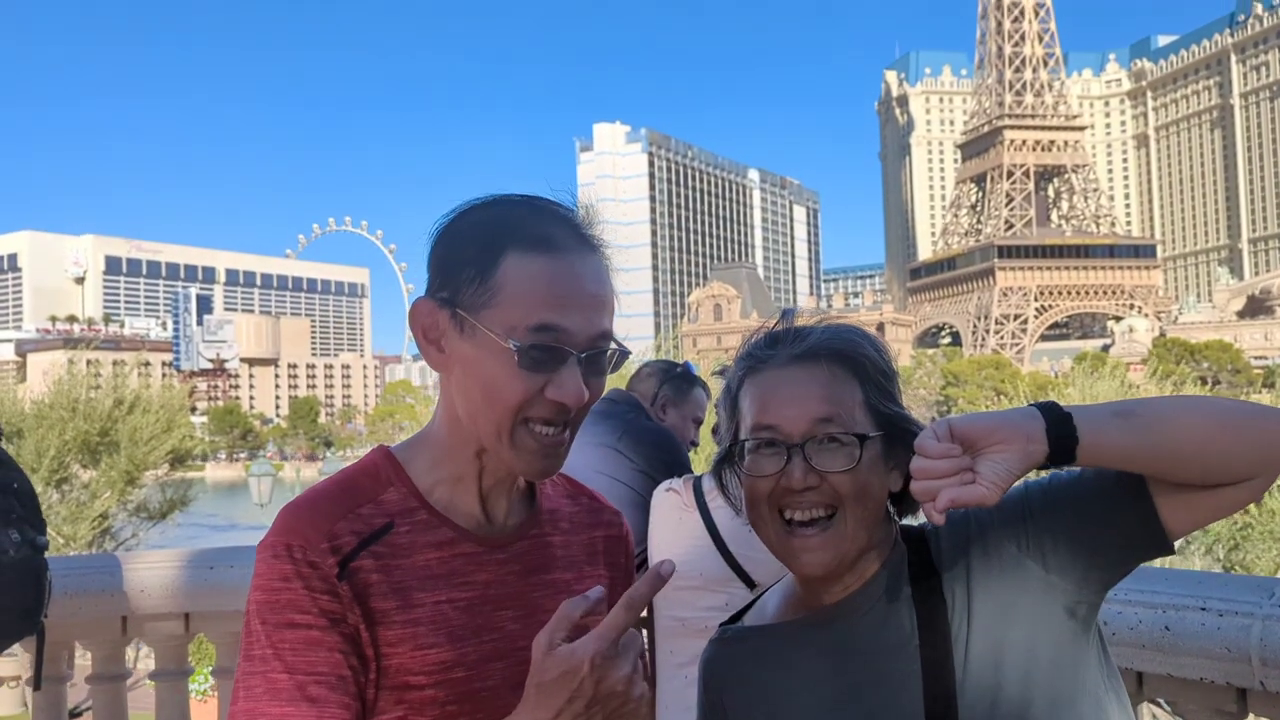 Yee Jia and Gracia told Stomp: "Right now, we are wrapping up our journey in the states and planning for our next major adventure.

"But our plans for the future is to still continue to show Singaporeans a different take on life.

"To show everyone that you can travel proper, while being paupers - hence the name The Proper Paupers."