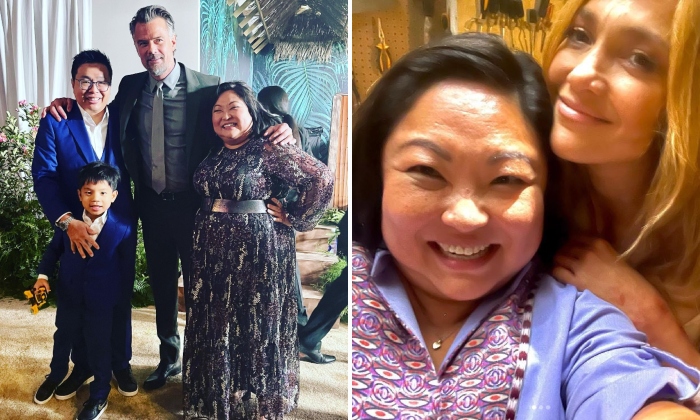 In the movie, Tan plays Margy, the owner of the island resort where the titular wedding takes place.

The actress, who had starred in local sitcoms such as Under One Roof and Daddy's Girls, previously appeared in the 2018 movie, Crazy Rich Asians.

Shotgun Wedding was released in Singapore theatres on Dec 28, but in the US, it is only available for streaming on Amazon Video from Jan 27.

On working on the movie with them, Tan told The Straits Times: “It was glorious, like a summer camp. When we weren’t working, we went to the beach, ate together, watched movies together.”

Tan shared photos of her with her husband and son at the premiere on social media.

Other photos were taken earlier.