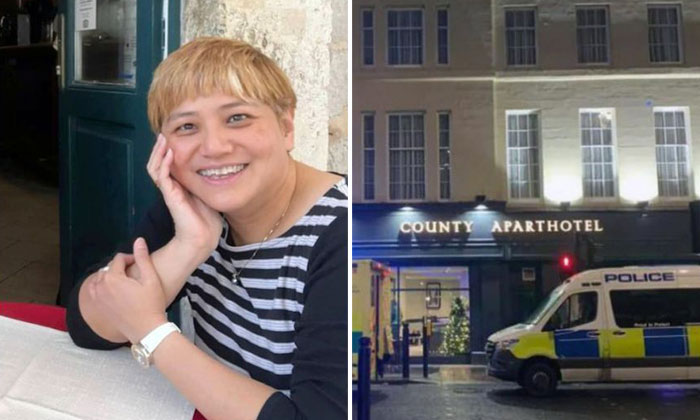 A Singaporean man who is alleged to have murdered his wife in Newcastle, Britain, appeared via video link from prison at the Newcastle Crown Court on Thursday (Dec 9).

Fong Soong Hert, 50, has been held in custody since he was arrested on Monday, after his wife Madam Pek Ying Ling, 51, was found dead in a luxury apartment in the Newcastle city centre.

Judge Paul Sloan Q.C. told him that the case was being adjourned with a plea and trial preparation hearing set on Jan 11 next year.

The judge said a trial date had been set on June 6 next year.

"You should understand, if you are fit to plead and if you have committed any offence arising out of this allegation, the sooner that's communicated to the court, the better for you, the more credit you will receive, the less severe the punishment will be," said the judge.

"The longer you leave it, if you have committed an offence, the worse it will be for you, the more severe the punishment will be."

ChronicleLive reported that there was no application for bail and Fong is being held in remand.

In a Facebook post on Thursday, the Northumbria police said Madam Pek was a much-loved mother, and that her children have been left “truly devastated” following her death.

The police added in the post that her three sons are being supported by specially trained family liaison officers.

Northumbria police received a call at about 7.15am on Monday (3.15pm Singapore time), with a report of concern for Madam Pek at the County Aparthotel at Westgate Road in Newcastle.

When emergency services arrived at the apartment, they found that Madam Pek was not breathing.

They tried to save her, but she was pronounced dead at the scene shortly after.

Fong was arrested and charged with murder.

The couple were reportedly on a family vacation in Britain.

Both were involved in the events industry here and they had been married for more than 27 years.

“The whole situation is a huge shock to us,” the family said in the statement.

“We were supposed to meet up for a family holiday, we are truly devastated. This is an incredibly difficult time for us so we ask that our privacy is respected while we grieve.”

The children of a much-loved mother, who was visiting Newcastle from Singapore, have described how they have been left...

Singapore's Ministry of Foreign Affairs said it is aware of Madam Pek's death and the Singapore High Commission in London is in contact with the British authorities.

Its spokesman added that it is rendering consular assistance and support to the affected parties and family.

Those convicted of murder in Britain face life imprisonment.