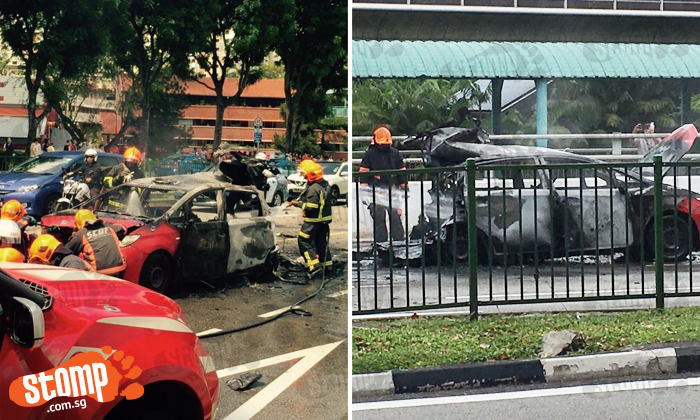 Some of them also reported hearing explosions two times.

Ian said, "The vibrations were felt in the neighbourhood as the car went up in flames.

"Debris flew everywhere, causing a passer-by to be hurt.

"Blood was seen on the bridge's staircase.

"The road was blocked so as to allow the firemen to access the scene."

In the pictures, the taxi had its entire rear missing and firefighters can be seen using a hose to spray water at the vehicle.

According to a statement on SCDF's Facebook page, the four victims injured suffered minor injuries and were conveyed to the National University Hospital (NUH).

"Preliminary investigations by the SCDF and the Police revealed the likely cause of the explosion was due to the road traffic accident. The investigations by SCDF, Police and LTA are ongoing," said the statement.