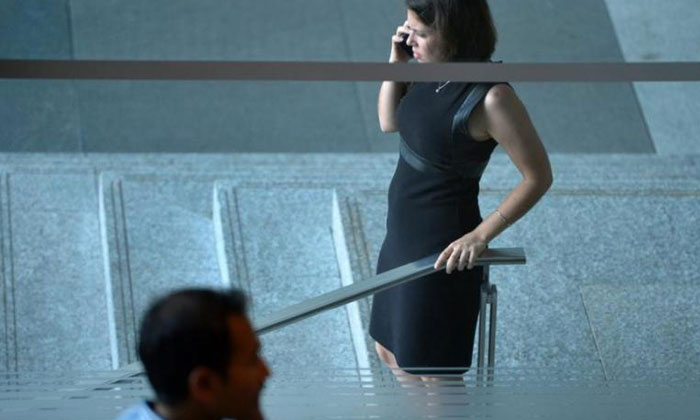 This marks the first time in 15 years that the three-way hold on the telecoms market by Singtel, StarHub and M1 has loosened.

Yesterday, the Infocomm Media Development Authority (IMDA) announced the results of a 4G mobile airwave auction, which was held in the last two days.

A third contender, local start-up airYotta, signed up for the auction in September.

IMDA said last month that it was disqualified as it did not meet the auction requirements, but did not elaborate further.

TPG Telecom's winning bid will grant it the use of 60 MHz of spectrum, with rights to the airwaves starting on April 1 next year at the earliest.

Within 18 months of the start date, TPG will be required to provide nationwide street level 4G coverage.

Then within 30 months, it will be required to provide coverage for road tunnels and in buildings, while coverage for underground MRT stations and lines should be within 54 months of the start date.

Mr Tony Moffatt, general counsel of TPG Telecom, told The Straits Times that the company was "extremely excited" by the outcome of the bid.

"At this stage, all our focus will be on meeting the IMDA requirements to roll out by mid-2018," he said.

"We will of course be looking to bring our innovative products to the market as soon as we can."

Mr Malcolm Rodrigues, chief executive of contender MyRepublic, said that the company bowed out of the auction as a higher bid would have been too risky.

MyRepublic was targeting a 9 per cent mobile consumer market share, but "at the current spectrum price, a new entrant must achieve a much higher market share to survive and be successful", he explained.

Singtel said that "competition is not new to us, and we look forward to competing on a level playing field".

An M1 spokesman said that "supported by our strong financial reserves, M1 is well-positioned to compete", while StarHub said it was looking forward to an upcoming general spectrum auction, to "secure the spectrum we need so as to offer our customers more advanced mobile services".

The next general spectrum auction will be open to the three existing telcos and TPG. It will take place in the first quarter of next year.

TPG's win was a surprise for some analysts, such as vice-president and research director at research firm Forrester Frederic Giron.

"MyRepublic has built up its brand as a disruptor in Singapore and has done a lot to win the hearts of its broadband customers," he said.

Mr Clement Teo, principal analyst at Ovum, said that while TPG Telecom is still relatively unknown in Singapore, it may be able to do well if it can differentiate itself in customer service and product offerings.

"I think that the introduction of a fourth telco has kicked the market out of complacency," he said. "In the end, the winner will be customers like you and me, who will now receive a lot more attention from existing providers as well as TPG."

Noting that the country now has a fourth telco, Communications and Information Minister Yaacob Ibrahim said in a Facebook post that "consumers can look forward to more attractive price packages and innovative services".