Remittance company foil yet another scam attempt of $50,000: 3rd case in 2 weeks 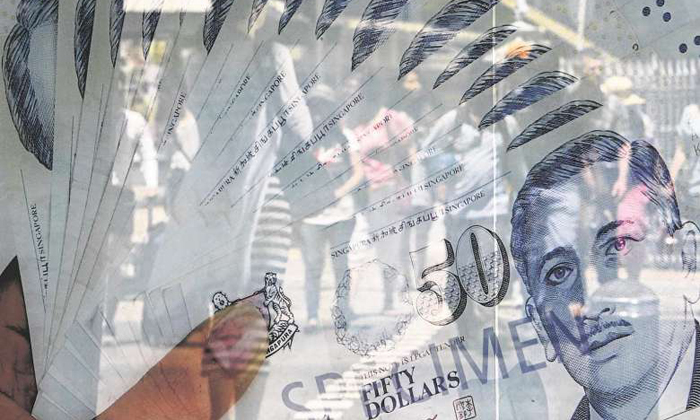 A remittance company has foiled a scam attempt involving $50,000, the third case of its kind in the last two weeks.

On Friday (July 8) at about 12.30pm, Mr Malik Sameer, a staff from Samlit Moneychanger Pte Ltd, alerted the police to a suspected case of cheating.

Officers from Central Division and Commercial Affairs Department then ascertained that a 69-year-old victim was being scammed into remitting $50,000 to an overseas account, police said in a statement on Sunday.

Investigations revealed that on Monday, the victim received a call claiming that she had a parcel containing illegal items sent under her name via DHL to Shanghai.

The call was transferred to someone claiming to be a customs officer, who threatened the victim with imprisonment if she did not comply with his instructions.

The caller then directed the victim to call him at specific times at 9am, noon, 5pm and 8pm daily.

On Friday, the victim was told to remit $50,000 to a specific account in China if she wanted "authorities" to expedite the investigations.

At Samlit Moneychanger, Ms Novianti Goh, who was attending to the victim suspected something amiss when the latter could not answer general queries.

The victim was also observed to be speaking on her phone throughout the whole process and appeared to be acting under instructions, adding to Ms Goh's suspicions.

Mr Malik then called the police while Ms Goh continued to probe further, the statement added.

Police said that further investigations helped to halt the transaction, and the full recovery of the $50,000 belonging to the victim.

Police said this is the third scam case which it has jointly foiled along with two remittance companies within the last two weeks, involving a total amount of $255,000.

It commended Ms Goh and Mr Malik for their civic mindedness and timely interventions to protect the victim.

Police advised members of public to take the following precautions when they receive unsolicited calls, especially from unknown parties:

Ignore the calls. Scammers may use Caller ID spoofing technology to mask the actual phone number and display a different number. Calls that appear to be from a local number may not actually be made from Singapore. If you receive a suspicious call from a local number, hang up, wait five minutes, then call the number back to check the validity of the request.

Ignore instructions to remit or transfer money. No government agency will inform you to make a payment through a telephone call, especially to a third party's bank account.

Call a trusted friend or talk to a relative before you act. You may be overwhelmed by emotion and err in your judgment.

If you have information related to such crime or if you are in doubt, call the police hotline at 1800-255-0000, or dial 999 for urgent police assistance.

Related Stories
Alert tellers save elderly woman from $180,000 scam -- who 'did not dare speak'
More About:
scam
money