Recognise this place? Here's how Wisma Atria looked like in 1989 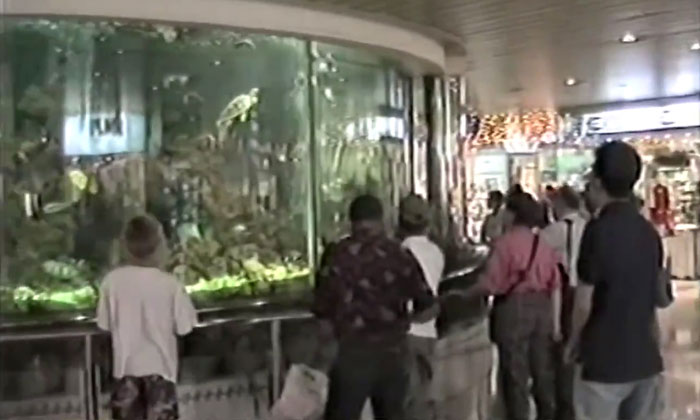 The malls along Orchard Road have undergone many changes in recent years.

If you have been shopping at Wisma Atria since the 1990s, you would probably have noticed that the iconic fish tank is no longer there.

For those of you who were not lucky enough to see it before it was removed, fret not.

The Merlion Press has published a video showing how the basement of the mall looked like when the huge tank was still around.

According to the video, the marine exhibit used to surround the bubble lift at the basement.

It had a wide variety of creatures including fishes, corals and turtles.

The fish tank was removed in 2008 and the aquatic animals were sent to The Underwater World.

The end of the video shows how other parts of Orchard Road looked like in the 1990s.

Have a look at it in the video below.